How to Implement the People-centred Element of the New Urban Agenda? - Philipp Horn 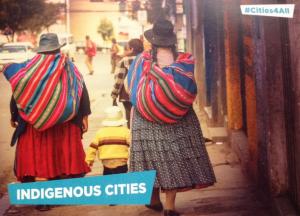 In mid-October, together with 35,000 other delegates, I attended Habitat III – the United Nations conference on Housing and Sustainable Urban Development – in Quito, Ecuador. It was an event full of energy, at which the claims of grassroots groups and urban residents for 'cities for people' came together with the urban development visions of private enterprises, international donors, and local and national government bodies. The final output declaration, the New Urban Agenda, signed by UN member states, reflects the plurality of voices raised both in and outside the conference.

The New Urban Agenda is a catch-all 23-page document that promises everything from 'leaving no one behind', through to inclusive development, economic growth and environmental sustainability. It is the first international policy document which recognises different people's (women, the poor, LGBT, indigenous peoples, people with disabilities etc) rights to the city – which are defined as city dwellers' rights to live in the city according to their interests and needs, and to participate in decisions around the planning and design of cities. The New Urban Agenda also highlights that inclusive urban development is closely linked to land (a word it mentions at least 50 times). Land for housing; land for people; land for social interaction; but also, land for economic profit.

The big question now is: How will the New Urban Agenda be delivered in urban land policies in the next two decades? Will implementation focus on people, profit, or both? So far, guidelines and indicators for implementation are scarce. But some lessons can already be drawn from previous on-the-ground research on land-use planning for urban indigenous peoples in Bolivia and Ecuador.

Three principles for research on a people-centred implementation

My own research identified how Latin American governments such as Bolivia and Ecuador have already introduced inclusive urban development legislation that resembles the core values of the New Urban Agenda. This legislation emphasises the right to the city of historically marginalised groups such as indigenous peoples whose interests and needs should be addressed in diverse sector policies including land-use management and territorial planning.

In practice, however, gaps between inclusive rhetoric and exclusive practices remain, leaving many indigenous peoples behind. My intervention at a Habitat III parallel event organised by the German Society for International Cooperation (GIZ) focused on these gaps. I showed how research can play a crucial role in outlining potential challenges and opportunities for the local implementation of the New Urban Agenda. My intervention focused on three core principles:

1)     Putting the interests and needs of marginalised residents first

Promoting inclusive urban interventions requires listening carefully to the interests and needs of marginalised urban residents. My research in Bolivia and Ecuador, for example, highlights urban indigenous peoples as a particularly marginalised and heterogenous group (composed of both migrants and residents of indigenous communes whose ancestral territories are affected by urban expansion) that nevertheless share core interests and needs.

It is critical to identify obstacles to delivering policies that are shaped according to the specific interests and needs of marginalised groups such as indigenous peoples. Crucially, policy delivery problems vary between countries and individual cities.

Local variations were evident in my own research. For example, in La Paz, Bolivia the majority of government officials remained guided by an understanding of indigenous peoples as essentially rural peasants rather than modern city dwellers. Consequently, local and national government authorities promote individual rights to tenure, housing and services but ignore specific collective indigenous territorial rights in urban areas.

By contrast, in Ecuadorian cities such as Quito, authorities failed to address specific indigenous interests and needs, prioritising instead large-scale economic infrastructure projects on ancestral indigenous communes affected by urban expansion. In this context, economic profit was prioritised over collective indigenous rights to consultation on their territories.

The discussion so far shows that policy obstacles differ at the local level. This means that rapid and scalable solutions for more people-centred inclusive urban land policies are unlikely. Instead, it is important to identify those practices already in place which work best in specific local contexts.

For example, in Quito the municipal territorial planning unit ratified a new ordinance on land value capture which separates land ownership rights from building rights. This allows the municipality to charge for building permissions and raise additional funds that can only be used for the providing of social housing for indigenous migrants and other marginalised groups. In contrast, to reverse government officials' anti-indigenous attitudes, the municipal government of La Paz recently set up an intercultural unit where staff have the task of mainstreaming indigenous affairs into other sector units. This unit has also introduced a local ordinance that integrates individual tenure rights with collective territorial rights in peri-urban neighbourhoods with a predominantly indigenous population. At the implementation stage, this might help to simultaneously address the individual and collective rights-based claims of urban indigenous peoples.

Attention should, however, not only be paid to best practices by local authorities but also by civil society groups. For example, in Quito indigenous peoples are themselves key players of urban development. This was made explicit during a workshop at one of the Habitat III resistance events at which indigenous authorities outlined how they – in collaboration with local and international researchers – started to map their ancestral territories. This information has been digitised and is currently used during political negotiations about territorial autonomy and urban co-governance schemes with local authorities in Quito.

The New Urban Agenda makes many and sometimes contradictory promises. It puts land into the centre of urban development. It promotes pathways to inclusion, diversity, the right to the city, and people-centred urban policies. But equally, it advocates cities for profit and provides a continuation of business as usual.

In the coming two decades, emphasis will be placed on its implementation. Drawing on the three principles above, researchers can play a key role in emphasising its people-centred – rather than profit-centred – elements. This will require moving away from grand urban theory. Instead, debates in urban studies should focus once again on promoting practice-relevant and grounded action research which engages with and brings into dialogue key players involved in promoting urban development at the national, regional, global and – most importantly – local scale.

It is at the local scale that marginalised urban residents express their interests and needs, and that conflicts around the planning of urban land occur. Research should therefore document these interests and needs as well as synthesise how different civil society, private, and public urban interventions deepen or resolve social injustices in specific urban contexts. With this information in hand new policy support tools can be developed and applied by local residents and authorities.

Overall, it remains to be seen how the New Urban Agenda will be implemented in urban land policies. In this uncertain process, research should make sure that people, not profit, are at the forefront of local implementation practices. Only by doing so can we help to guarantee a world of cities in which no one – including urban indigenous peoples – is left behind. 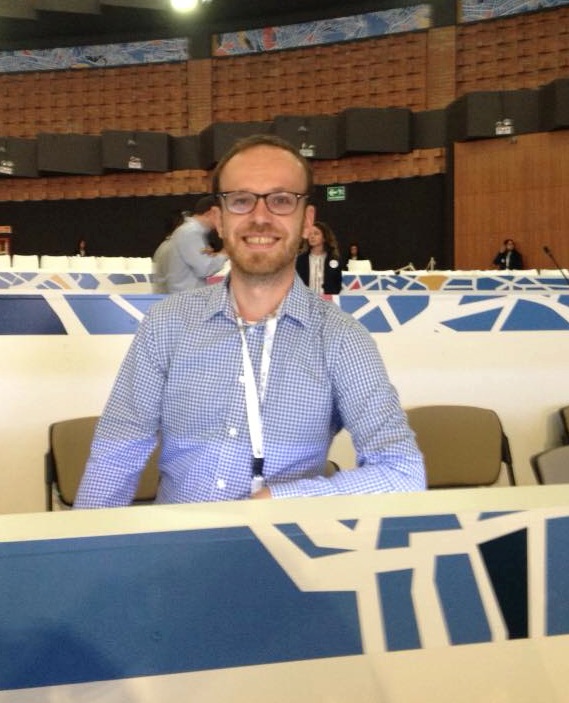 Philipp Horn is a postdoctoral research associate in the OU's Department of Politics and International Studies and is also part of the SRA in International Development and Inclusive Innovation. He was in Quito, Ecuador to attend Habitat III and is currently in La Paz, Bolivia to undertake research on peri-urban land conflict in indigenous neighbourhoods. You can follow his work via Twitter.