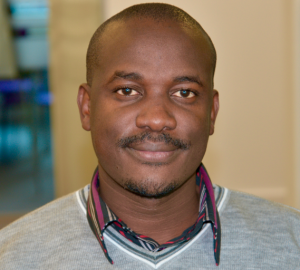 Agriculture, mainly driven by smallholder farmers, remains the economic engine for many developing countries in sub-Saharan Africa. In what many term 'subsistence farming', the famers depend on their gardens as a source of both food and income. However, times are changing and bringing new challenges, ones that call for multidimensional solutions encompassing different actors and types of knowledge within both the farm and scientific context.

Traditionally, many developing countries inherited agricultural extension systems that positioned farmers as recipients rather than creators of solutions, undermining the farmers' capacities to contribute formally to overcoming agricultural challenges. In the main, the systems sought uniformity and standards of cash crops that were firmly aimed at satisfying the markets of their then-colonial masters, and only issued what the proponents of these systems thought were the appropriate solutions to food security.

Sadly, the continuing influence of these systems on the agricultural development paradigm in many developing countries remains reflected in many policy processes. Now, though, organisations such as Prolinnova (Promoting Local Innovations – a cohort of organisations in developing countries promoting farmer innovations) are helping to demonstrate both that – culturally – farmers have always dealt with their own challenges, and that their ingenuity could contribute to larger solutions. To give just one example, according to the FAO the pit technology used by some banana farmers in Uganda can improve bunch size and plantation yield by over 300%. The farmers’ digging of pits between the banana plants, which they fill with green or animal manure or a mixture of both, improves moisture retention and fertility and, after three to four months, the vigour of the banana stem improves. (Read the full report, Planting Pits for Soil Fertilisation and Moisture Improvement, if you'd like to find out more.) Such a technology is just one example of how farmers use their knowledge to create solutions which make them more resilient and adaptable to environmental challenges such as climate change, and at the same time improve their livelihoods.

Solutions such as these are usually simple, require minimal input and, being developed from locally available resources, appeal to the farmers within their own contexts. Unfortunately, such small-scale innovations rarely convince policymakers who remain in thrall to economic approaches to development delivery. That's why my research seeks to understand how farmers learn about and adopt such innovations. Understanding these processes will bring a new dimension of knowledge to the agricultural adoption debate, and the findings could help justify the inclusion of farmer innovators in the formulation of research and policy. And, by informing promoters of farmer innovation on how schemes can be replicated, it could help them make a stronger case for policy advocacy.

Integrating these local schemes into formal government research and policy processes would increase their benefits tenfold. It could lead to improved indicators for nutrition, food security and incomes, act as an impetus to increase both agro-processing industry and GDP, and make the attainment of several Sustainable Development Goals more likely.

Henry Seguya holds an MSc in Development Management from the OU and has worked on a number of consultancies with both government and nongovernmental organisations in Uganda, Kenya and beyond. He joined Development Policy and Practice in 2015 as a research student, focusing on climate smart agriculture innovations and their impact on migration, and would like to extend his gratitude to both the Robert Beevers Memorial Fund and DPP's International Studentship Fund for their funding of his research.