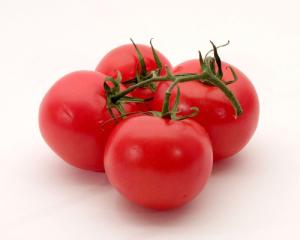 It's important to make clear then that a community-owned solutions approach does not intrinsically favour traditional practices or prevent these from evolving. Essentially, a community-owned solutions approach is about control and who gets to decide which practices should be considered, supported and applied within a locality. Should it be non-indigenous 'experts', health practitioners, agronomists and development workers? Or should it be the indigenous communities – the very people who depend on the local environment for their livelihoods – themselves?

A community-owned solutions approach in no way prevents communities from experimenting with new practices or adapting current ones. Indeed, the system viability framework which underpins it actually encourages communities to explore tensions, including those between:

Offering an example from closer to home might help to illustrate the point. Italians have been using tomatoes in their cooking since the fruit was first bought from Amerindian communities in the 16th century. Does using an Amerindian ingredient in their cooking make Italians less Italian? Does it mean that Italians, at least in their cooking, have been 'Amerindianised'? I’m sure most would agree that embracing the tomato and making it an integral part of their own cooking and culture has made Italians even more Italian!

In exactly the same way, non-indigenous ideas and technologies can be adopted and applied by indigenous communities to successfully make them their own. And this is precisely what the Cobra Collective, of which I am a member, sets out to support communities to do. And, in the process, it helps to place the communities firmly at the centre of the decision-making process rather than at its periphery.

Andrea Berardi is a lecturer in Environmental Systems in the OU’s Department of Engineering and Innovation. You can follow Andrea's research and campaigns on Facebook and Twitter. This post is adapted from one originally published on the Cobra Collective blog and we are grateful for their permission to reproduce it. Read original article.