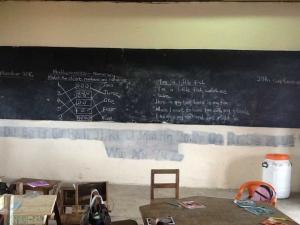 By John Knagg OBE FAcSS, Global Head of English for Education Systems at the British Council

At the British Council, we aim to develop a wider knowledge of English. It’s part of our mission. But we have an important caveat. English should be additional to a learner’s existing linguistic repertoire.  The English language should not be replacing a part of them or their home language. It should be additive, not subtractive.

The Open University research in India and Ghana has highlighted a danger for English language policies in some countries. In certain contexts, the practice of teaching through English can harm learning because either the teachers or the students - or both - lack proficiency. As a result, students do not understand what they are being taught. Using English in this way is subtracting from - rather than adding to - the educational experience.

Governments and parents are often keen to encourage the teaching of subjects through English. They recognise that English is frequently the language of the elite and of international communication.  So it’s seen as a route to social mobility and prosperity. Governments may see teaching through English as a way to reduce inequality by giving a broader part of society access to the language and the benefits that are perceived to go along with speaking English.

Teach English as a subject

Unfortunately, people often make the mistake of thinking that teaching through English is the way to encourage mastery of the language. This has not been the case in European nations – such as the Netherlands, Greece and Scandinavian countries – where people have achieved high levels of competence in the English language. Their success came from learning English as a skill, as a separate subject, rather than it being the medium of instruction at school.

This distinction is often missed in those countries where English-speaking elites have typically attended English medium schools. Teaching through English may work for children who have grown up in families where parents frequently use English and the language is part of everyday life.  But that’s a world away from someone living in a village, where possibly no-one speaks English, where there are no books or videos in English. These students live in a very different linguistic landscape, one that is not conducive to them being taught through English.

Another issue is that the global hunger for learning English has led to more teaching of the subject and at younger ages. But it has not necessarily led to better teaching of English. At the British Council, we are concerned at the poor quality of a good deal of the English teaching that we see. We are more interested in seeing the quality, rather than the volume, increased.

The number one challenge is to improve pedagogical practices in classrooms – the way in which teachers behave. We have seen, in The Open University research in India and Ghana, quite limited repertoires of pedagogical practices, with teachers talking a lot and children largely silent or simply repeating and memorising what the teacher has said.

Learning English is about acquiring a skill, not memorising a body of knowledge, so it cannot be achieved simply by repetition. You can’t learn to ride a bicycle without using one. You can’t learn how to swim without a swimming pool. In the same way, someone cannot speak or read a language without actually using it. Good language teaching requires a classroom that encourages student to speak and to interact so they can actively develop and use their language skills. This means that, particularly in some developing countries, new pedagogical practices are required: I would go further and say that they should be applied to other subjects in the curriculum, not just English.

The British Council works with governments, state school systems and private schools to understand their situations. Every context is different.  We look at available resources, the practice and qualifications of teachers, the appropriateness of text books, assessment regimes and curricula.  We try to find ways to support improvements in English teaching.

The Open University research shows that a lot could be done to improve practice in what are known as EMI (English Medium of Instruction) schools. It’s clear that many people mistakenly believe that only English should be spoken in such schools. Teachers may believe that they are not allowed to use other languages in the classroom, even though they, themselves, think it is common sense and natural to do so. In some places, students are punished for using the local language, which is a very sad state of affairs.

Evidence demonstrates that there is a great deal to be gained from using more than one language in such situations. So we would advise policy makers and curriculum designers to make clear that the teacher’s prime responsibility is to ensure that students understand what is being taught. To that end, they should use languages that students know.

It’s also important that parents are educated in how EMI schools can work better.  They should be informed that poorly implemented EMI is highly unlikely to help their children achieve their educational goals if they are in a classroom where they don’t understand what the teacher is saying. It’s vital that educationalists help parents to understand their best interests.

We would also encourage greater attention to designing student text books that take account of their linguistic background. Often, in Africa for example, one finds science textbooks that are written for native speaker students, in contexts where students have nowhere near this proficiency. Books should be written in a language, or level of language, that is understandable.

An effective first step to addressing the problems identified by the OU research might involve a change in focus.  Systems and schools should aim for good education and English, as opposed to poor education in English.  Instead of thinking in terms of ‘EMI’, it would be helpful if English medium schools thought of themselves as ‘English-focussed’ or “English-rich”. This would free up school directors and teachers to allow more appropriate, multilingual practices in the classroom, so they can use languages spoken and understood by their students.

The British Council has written an organisational position paper on EMI in schools and the findings from the OU research are echoed in many of our recommendations. We will aim to use the learning points from this report both in our conversations with education ministries and in our support for those who teach English around the world.

John Knagg, OBE FAcSS, is Global Head of English for Education Systems with the British Council. John was part of the British Council and Education Development Trust team that commissioned the Open University research and was a key figure in the project leadership team.

This is the final blog in a series of six by the EMI research team and partners. To read more in the series:

Studying teachers' use of language in Indian low-cost English medium schools by Dr Lina Adinolfi, Lecturer with expertise in language in education within the School of Languages and Applied Linguistics at The Open University.