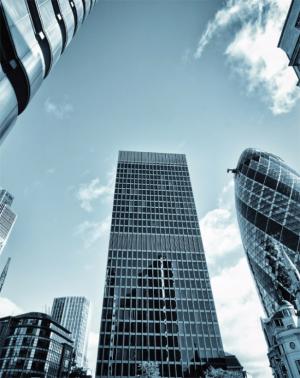 In the last week of February 2016, two reports were published by the National Audit Office, on the same day. One calculated that 'Claims management firms take quarter of PPI payouts', the other warning that 'Pensions overhaul could trigger raft of mis-selling'. Each was a telling reminder that the financial services sector is criminogenic, a series of markets and firms where crime is part of normal business practice and within which UK banks are 'serial offenders'.

In recent years, the financial sector has been the site of an endless litany of 'big crimes'. These include the fixing of the LIBOR (London Interbank Offered Rate, an inter-bank lending rate), and the price of both gold and silver, to the mis-selling of loans to small businesses, as well as 'organised and aggressive tax avoidance, tax fraud, money laundering, corruption and feeding misleading stock market research to investors to drum up business and higher fees – just to men­tion a few of their misdeeds'.

If apparently esoteric, and not widely understood, none of these are victimless crimes. For example, the effect of manipulat­ing the LIBOR was to increase the cost of personal, busi­ness and state borrowing across the board – thus placing a premium on everything from personal loans and mort­gages to the costs of building hospitals through the PFI. LIBOR is used to set the value of financial transactions worth an estimated $300 trillion. Fixing its rate affects individuals and families, employees and employers, lenders and borrowers, and central and local government – that is, everyone.

None of which is yet to mention the biggest crimes of all, emerging during 2007 and culminating in the financial crisis. In the UK, the response to a crisis precipitated by long term and systematic fraud and theft was a rescue of private capital from the public purse, via a series of bailouts – the first tranche of which had amounted to the tune of £850bn before the end of 2009. The financial commitments made by governments since September 2008 have included purchasing shares in banks to enable re-capitalisation, indemnifying the Bank of England against losses incurred in providing liquidity support, underwriting borrowing by banks to strengthen liquidity, and providing insurance cover for assets. The government 'cash outlay' is said to have peaked 'at £133 billion, equivalent to more than £2,000 for every person in the UK'. In stark contrast, the costs of the public purse rescuing private capital have been politically re-framed and the UK population has been schooled in the dogma of austerity, the crash having been an effect of public lassitude. So as the public sector is dismantled, capital is set ever-freer – since, with no little irony, it is only private capital which can now rescue the national economy. Regulation is to be avoided. And there have been virtually no regulatory reform nor criminal justice responses to the crisis in the UK of any significance.

First, the gradual withdrawal of the Conservative government from pension provision, coupled with deregulation of the retail financial services sector in the UK in the latter half of the 1980s, created the conditions for a wave of pensions mis-selling. Companies launched into a hard sell, wrongly advising many clients to cash in existing pensions contributions and transfer them to a new, private scheme about which they received false information. Although breaches had been first uncovered in 1990, a KPMG survey of pensions advice given during 1991-1993 revealed that in 'four out of five cases' pensions companies were still giving advice which fell short of the legally required minima. Early in 1998, the-then new regulatory body, the Financial Services Authority, estimated the final costs as around £11billion, almost three times the original estimate, with some 2.4 million victims.

At the end of the 1990s, evidence of widespread mis-selling of endowment mortgages also begun to emerge. Following the end of state house-building and government encouragement of home 'ownership', millions of such policies had been sold through the 1980s and 1990s based on the claim that on maturity of the endowment policy, the sum returned to an investor would pay off the costs of their homes, a claim which often proved to be false. About five million people were victimised. The saga of mortgage fraud is uncannily similar to that of pensions mis-selling. First, the list of companies involved in each is virtually identical. Second, the endowment mortgage scandal was characterised by long term obduracy on the part of companies in the sector initially to admit any wrongdoing, then subsequently to compensate victims.

A virtually identical sequencing of events then unfolded with respect to Personal Payment Protection Insurance (PPPI). PPPI policies were widely marketed and sold at the start of this century, at the height of the credit boom. Financial services firms targeted customers with debts such as mortgages, credit cards or loans insurance against a future inability to meet repayments. But again, these products were often sold when they were unnecessary, or without customers' knowledge, or indeed were to prove invalid in the event of customers claiming against them. In 2005, the Citizens Advice Bureau (CAB) filed a 'super-complaint' relating to PPPI mis-selling to the Office of Fair Trading. Yet this did not stop companies continuing to engage in a business they knew to be illegal: some 16 million PPPI policies have been sold since 2005. Moreover, the companies embroiled in the mis-selling of PPPI included many of the, by now, 'usual suspects': the Royal Bank of Scotland, Barclays, HSBC, Santander, MBNA, NRAM (Northern Rock and Bradford & Bingley), Yorkshire and Clydesdale banks, the Co-op bank, Nationwide, Capital One, Welcome Financial, Principality Building Society – and Tesco.

These will not be the last 'scandals' associated with the retail financial services sector and its direct targeting of individual consumers. The latest candidate, almost to take us back to the 1990s, is a further round of pensions mis-selling, predicted by many when Osborne further deregulated the market in April 2015 by allowing the cashing in of pensions, with the National Audit Office warning of widespread exploitation in February this year.

All of these involve more or less the same companies. They affect millions of people in ways that are diffuse. They generate a series of forms of victimisation and social harms. And such crimes and harms look set to continue to proliferate as the state, certainly in the UK, creates its own condition of impotence, further empowering private capital, not least pre-eminent finance capital, to construct its own rules of engagement.

Steve Tombs is a Professor of Criminology and Director of the Harm & Evidence Research Collaborative (HERC), the home of criminology research at The Open University. This post first appeared on the HERC blog and we are grateful for their permission to reproduce it.