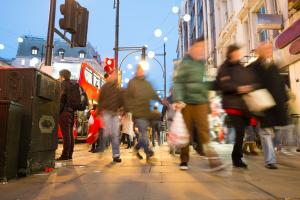 Inflation in the UK has surged, with the consumer price index jumping to 2.3% in the year to February – up from 1.8% in January. This is far better news for the government than it likes to admit. The early-year price rise can largely be traced to a passing-through of higher import costs following the big devaluation of the pound (by over 15% against the US dollar) after the Brexit vote, an effect that will drop out of the index within a year if sterling doesn’t slump again.

The Bank of England expects inflation to peak at 2.8% before mid-2018 and then fall back. If it’s correct, the present move above target does not, on its own, justify any rise in interest rates. The one Monetary Policy Committee member (out of nine) who voted to raise the bank’s base rate at its most recent meeting, Kristin Forbes, is stepping down, so a majority in favour of the first rise in nine years is unlikely to materialise any time soon. The committee stuck with near-zero rates when inflation last exceeded the target for well over a year in 2010-11.

Inflation benefits debtors at the expense of savers and creditors, allowing these to be repaid in money that’s steadily losing value. The government itself has spent the past decade heroically borrowing on the UK’s behalf, adding more than a trillion pounds to public debt since the global financial crisis of 2008 as it rescues the banks and absorbs the social costs of their near collapse. Net public sector debt is now officially forecast to peak at just shy of 89% of GDP in 2017-18.

Policy since the financial crisis has also been to protect the financial interests of homeowners. They still constitute more than 60% of the UK population, and have taken advantage of historically low interest rates to increase the debts secured against their increasingly expensive homes – some of which might be hard to repay if interest rates rise and house prices fall. The government must equally guard the interests of less well-off households whose unsecured borrowing (on personal loans, credit cards and hire purchase) has lifted total household debt to a near-record 140% of disposable income. Indeed, consumer spending has been the main driver of the UK economy, helping it grow faster than expected last year.

This bias towards the borrowers is also necessitated by the still-fragile state of some institutions that have lent to them, notably still struggling RBS, the UK’s biggest bank. By gnawing away at the real value of unspent cash, faster inflation might also – finally – induce private business to start investing the record sums they have been sitting on or repaying to rich investors, since the financial crisis.

The modest 1.8% average annual growth of national income expected in 2017-21 – on which the government will depend to relieve pressure on health, care, police and other social services while it negotiates Brexit – relies heavily on a long-delayed revival of investment. The Office for Budget Responsibility expects business investment, which fell by 1.5% in 2016 and is still declining this year, to spring back to growth of 3.7% in 2018 and average 4% in 2019-20.

Higher inflation, outpacing interest-rate rises and keeping borrowing costs down, is a vital part of the story behind this. Investment recovery is vital to resolving the UK’s productivity stagnation since 2008, which underlies the lack of real wage growth.

Sting in the Tail?

But the rise in inflation, even if temporary, also brings dangers for that recovery. It was a rise in disposable incomes that enabled consumption-led growth since the financial crisis. But with inflation at 2.3%, prices are rising at the same rate as average earnings. Even if it subsides soon, it could usher in a phase of real-pay stagnation that could leave average living standards no higher in 2022 than in 2007.

The way the headline inflation rate is calculated now takes into account council tax and other housing costs, which weigh increasingly on those households that bought homes recently or are having to rent because they can’t afford to buy. So the expected year of above-target inflation could deliver a blow to household spending that offsets any boost to business investment.

And that’s before taking any account of the impact of uncertainty surrounding the Brexit negotiations. Even if interest rates don’t rise, businesses may curb their commitments until the exit terms and associated policy changes are clearer, compounding the slowdown already expected next year and leaving the UK government struggling to meet its deficit reduction targets. 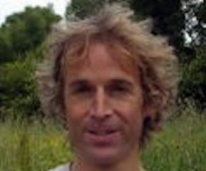 Alan Shipman is a Lecturer in Economics at the OU and a former financial journalist. This article was originally published on The Conversation and we are grateful for their permission  to reproduce it. Read the original article.