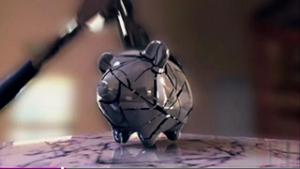 The Bank of England has cut interest rates by 0.25 percentage points to a historic low of 0.25%. The move was expected and comes in response to worsening economic data following the UK referendum vote to leave the European Union.

The cut is part of a package of measures that also includes a big boost to the bank’s quantitative easing scheme, geared towards stimulating spending and growth in the real economy.

Conventionally, cuts in interest rates are used to reduce the cost of borrowing and the return on savings in order to stimulate firms to invest and households to spend. However, UK interest rates have been close to zero since March 2009 and the problem the economy faces right now is not so much the cost of borrowing but huge uncertainty about future prospects in the post-Brexit world.

Both firms and households, when faced with uncertainty, tend to pull in their horns and conserve their resources as a buffer against whatever adverse events might be around the corner. Moreover, households have been squeezed in recent years by poor wage growth and inflation, so have little capacity to spend more. But while the latest rate cut might not prompt you to rush out and spend, it is still likely to have an impact on your personal finances and so cannot be ignored.

For borrowers, mortgage and credit card rates will not necessarily fall – though the Bank of England’s package includes some ultra-low-cost funding for banks, which if taken up, may see the rate cut passed on to some borrowers. But for existing borrowers, at least the day when their repayments eventually rise has been pushed further into the future.

Savers may not be so lucky and can expect further cuts to the paltry returns on savings accounts (less than 1.5% on easy access accounts and around 2% if you can tie your money up for five years). The only good news is that, since the introduction of the Personal Savings Allowance in April this year, most savers now get their interest tax-free.

If you want higher returns, you will need to consider riskier investments. The quantitative easing part of the package will tend to push up the price of corporate bonds, reducing their return and encouraging investors to look to shares. Although markets had already factored in the 0.25% rate cut, the extra quantitative easing could give a further boost to the stock market over the medium term, fuelling concerns about asset price bubbles.

The interest rate cut may also push up the cost of many types of insurance. The premiums you pay for insurance are invested to provide a pool from which claims are paid. Typically, insurers use a high proportion of relatively safe investments, such as government stocks. When the returns on these fall, insurers may try to recoup the lost return by increasing premiums, though the ability to do this depends on the level of competition between insurers. This can apply to any type of insurance, such as car and home policies, but is a particular problem with annuities (insurance against living longer than your savings would last).

The rate cut adds further downward pressure on annuity rates, making them look even less attractive, and is likely to make more people approaching retirement opt for “drawdown”. This means leaving your pension savings invested and drawing income (and lump sums) straight from this pot. Unlike annuities, your income is not secure and may have to fall if your investments perform poorly, and there is no guarantee that your money and income will last for life.

It’s unlikely that the Bank of England’s measures, which were widely anticipated, will have much impact on the exchange rate, which has already fallen substantially in response to the referendum result. However, the bank acknowledges that the combination of the exchange rate fall and its new measures may push price inflation above the 2% target rate. Again, this is good news for borrowers, who will see the value of fixed debts fall, but is bad for savers.

Whether the Bank of England measures alone are enough to stave off the economy flat-lining or falling into recession is a moot point. Tax cuts and increases in government spending are likely to be needed too – and much sooner than the planned Autumn Statement, the regular mini-budget that typically takes place in December.