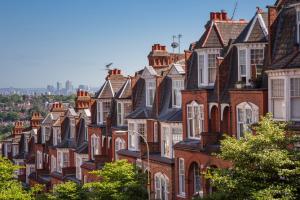 The third major economic statement of the year will be surprisingly tough for a government now boasting a growing economy and a Commons majority. Chancellor of the Exchequer George Osborne will deliver the details of the Autumn Statement and spending review on Wednesday November 25. A five-year view of the government’s spending plans, it will outline how £4 trillion of taxes will be spent across different departments.

The pledge to increase counter-terrorism spending by 30% in the aftermath of the Paris attacks highlights the contradictory strains on the chancellor. Health, education, defence and overseas aid are ring-fenced. But everything else is 'unprotected' and vulnerable to cuts. This includes police budgets, which could be reduced by 25%.

The Chancellor's strategy for reining in the UK's fiscal deficit, prioritising public spending cuts over tax increases, reflects a conservative view that governments should have less to do as societies get richer. But the reality has been less exchequer-friendly.

While higher GDP per capita should in principle leave people better able to buy what they need, a stubbornly large minority still needs (or expects) public help to pay for basic services. This is because the cost of services – from housing to transport, healthcare and higher education – has kept pace with average incomes, or even exceeded them.

Plus the uneven spread of GDP has left a substantial proportion of households still in need of a public safety-net. Without it, even small rises in living costs or interruptions to income could push them over a financial cliff.

The difficulty in getting the state to pay less explains why Osborne has achieved only a modest decrease in public spending, from 48% to 44% of GDP since 2010 – returning to levels before the 2008-9 financial crisis interventions, despite the much-flagged austerity measures of 2010-15.

The pain it would bring many low-income households was forcing a re-think of this year’s cuts to tax credits even before the motion was defeated in the House of Lords. And escalating housing costs are one reason why Osborne will struggle to save much from the equally costly housing benefit bill.

The jump in national security costs is another reminder that some services are inescapably public – and expensive. Ironically, an opposition party criticised for spending too much in the years before 2010 is now pilloried for being less than keen to splash more cash on defence.

There's a second major reason why the fiscal deficit has been hard to reduce. The public sector will inevitably be in deficit at times when the country is importing more than it can export (running a current account deficit) and when the private sector is investing less than it saves.

Over the past five years the UK has continued to run its traditional current account deficit, and private investment has only belatedly started to recover from its post-crisis slump. Meanwhile, the amount that companies are stockpiling on their balance sheets is on the up. So unless investors or exporters pick up their game in the next four years, the deficit is unlikely to close even if Osborne finds another source for the £4.6 billion annual savings he sought from tax credits.

Many of the Chancellor's recent moves are designed to shift these adverse sector balances, particularly by lifting investment back above saving – getting the private sector to run deficits so that the government doesn’t have to. Expect more lines on Wednesday to be taken from the 2012 Heseltine Report, which demanded 'decisive government leadership for major infrastructure projects' and 'effective public sector procurement' to support industry and innovation, gently informing the Chancellor that corporation tax cuts were not enough.

Expect, too, some appeals to 'abnormal times' to stave off Osborne’s own fiscal charter, which would restrict public borrowing to fund investment. The government has also been keen to pursue the 'pensions revolution' launched by its former coalition partners – not least because longer-lived pensioners are now likely to spend the money more quickly.

Pensioners have long been the social group most likely to force chancellors into early retirement. The state pension, which takes up 42% of the benefits bill, remains carefully protected, while the Treasury looks for savings from working households whose tax credits absorb less than 14%.

The government has been painfully aware for some time that the ability of richer households (working and retired) and profitable businesses to garner additional state support is one reason the welfare bill keeps rising. But tougher means-testing risks squeezing many households that don’t consider themselves affluent. And such tests are hard to devise without restoring poverty traps that deter additional paid work – a problem already threatening incentives under the new Universal Credit system of welfare provision.

Chancellors battling these pressures used to find an improved growth forecast or better tax projection to rescue their arithmetic. After October's borrowing requirement reached a six-year high, the Office for Budget Responsibility may find it harder to oblige this time.