All African students Should Get Innovation Training - Rebecca Hanlin 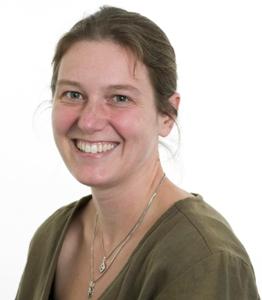 Innovation is a hot topic these days in Africa. The success of African innovation and enterprise is increasingly recognised – examples include the mobile money-transfer service M-PESA for banking, bladeless wind turbines for energy and improved crop management mechanisms such as planting pits ('zai') for agriculture, to name just three sectors.

But despite huge strides, there is limited broader understanding and recognition on the continent of what innovation is and how to promote it, both in business and in society. This spells a need to mainstream innovation training within African universities – if not more widely through the entire education system.

One element of this is to provide universities with open-access (free to download) models of courses with content recommended for postgraduate training in analysing innovation in various economic sectors.

Since the project began in 2013 it has focused almost exclusively on training engineering students enrolled in master’s degrees. But several of the participating universities have called for this training to be mainstreamed into their curriculums more widely – just as some have already mainstreamed development studies modules.

They argue that, through such training, university students get a better sense of the problems affecting their country (in the case of development studies) and some of the ways of solving them (in the case of innovation studies). Mainstreaming these subjects helps graduates become more socially responsible on leaving education.

There is a wider logic to calls for mainstreaming. It is now widely accepted that innovation is central to the development of economies – a notion that began with the work of economist Joseph Schumpeter in the 1940s.

Schumpeter argued that economic growth is based on more than simply the right balance of inputs (capital and labour): it is also based on how these are used to create knowledge – and how that knowledge gets translated into technology that enables efficient mass production of goods. This notion led to many governments and development agencies focusing on science and technology, and research and development (R&D) programmes, as a way of promoting economic growth.

But academics and policymakers are now increasingly recognising the need to think more broadly about innovation. More than simply new technologies and R&D, innovation is also about new processes, business models and organisational forms, for example. And a key – but much maligned – element of innovation is about knowing who has knowledge or expertise, and being able to access it. It is also about making or encouraging the right connections.

Academics and policymakers also agree that any innovative activity that is promoted should meet the needs of the poorest in society.

Innovation training must convey this change in thinking. African students need to learn that innovation isn’t just about the commercialisation of new products, although new products, in the form of new drugs or vaccines, or new solar technologies, are vital to ensuring inclusive growth.

With this in mind, the AfricaLics training encourages students to recognise multiple sources of knowledge and learning. And it encourages them to recognise the importance of users and communities’ knowledge as much as that of ‘expert’ scientists or researchers. This is also a way of acknowledging the value of different forms of collaboration and networking necessary – from interdisciplinary work in research institutes and firms to public-private partnerships – for successful innovation.

There is evidence for such benefits. Training East African health, agriculture and energy workers in innovation policy has helped previously isolated teams learn from each other. The training sessions were designed to encourage cross-fertilisation of experiences and learning, and focused on understanding the knowledge, learning and capacity building needed for successful innovation.

A review of the project found that it was easy to stimulate participants to think critically about the linkages and learning within their organisations and, based on that, to recognise that innovation takes place outside the boundaries of formal R&D.

Tomorrow’s leaders need to see innovation as more than R&D: it is a continuous process that requires multiple actors, types of knowledge and capabilities. Providing mainstreamed innovation training in universities is a step in that direction.

Rebecca Hanlin is a senior lecturer in Development Policy and Practice. She is also innovation and development specialist at the AfricaLics network of the African Centre for Technology Studies in Nairobi, Kenya. This article first appeared on SciDev.Net and we are grateful for their permission to reproduce it.