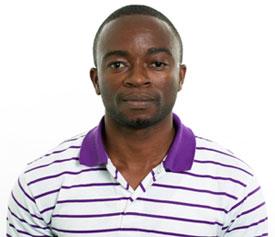 China has emerged as the leading source of capital goods for Kenya and sub-Saharan Africa as a whole, a region which before the 1990s depended largely on advanced countries for its capital goods. Thus, there has been a disruption of the pattern of technology transfer to sub-Saharan Africa including Kenya. A significant aspect of this disruption is that the capital goods are being produced within a developing country context (China) and that they are being produced for other developing countries. This is the issue that motivated this particular research, which contributes to the literature by exploring the potential impact of Chinese technologies (capital goods) on the development of other developing countries vis-à-vis the impact of technologies from advanced countries and the domestic economy. The study used both qualitative and quantitative research approaches and data from Kenya's furniture manufacturing firms, including both formal and informal sector firms.

The fact that the Chinese and Kenyan technologies yield a more inclusive development outcome than those from advanced countries indicates that industrial policies for developing countries should take into consideration the critical issue of technology choice.

Richmond Atta-Ankomah is a research student in Development Policy and Practice, the OU's main centre for teaching and research in development studies and development management. His areas of interest include economics of innovation, technology and development as well as international trade, global value chains and the impact of Asian drivers on lagging developing economies, particularly those of sub-Saharan African countries. He is the author of the IKD working paper Are Chinese Technologies a Mode of Entry for Firms in Developing Countries? The Case of Furniture Manufacturing in Kenya.