Comparative Analysis of Asian Driver and Western Garment-Making Machines: A Case of the Garment Sector in Uganda - David Botchie 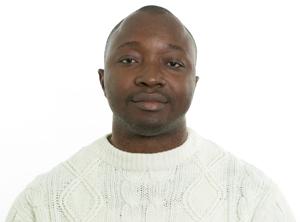 Over the past two or three centuries, technology transfer to developing countries has largely emanated from developed countries. It has been argued that the technologies made in developed countries are capital- and skills-intensive, rely on high-quality and pervasive infrastructure, and produce products for high-income consumers. In contrast, developing countries over the last two to three decades have witnessed a growing influx of technologies from China and India – Asian Driver economies (ADs). The argument is that AD technologies are more appropriate for the operating conditions in developing countries. This is because they are assumed to be labour-intensive, tolerant to weak infrastructure, low cost, operate on a small-scale basis, accessible and less skills-intensive. In order to validate (or otherwise) these assumptions my research examines the distinctiveness and profitability of AD and developed countries technologies using garment-making machines in Uganda as a case study.

I achieve my objective by building the research on five key economic theories:

The technology transfer and diffusion literature has mainly focused on the transfer of technologies from developed to developing economies. Not much has been written on the transfer and diffusion of technologies from one developing country to another. Again studies on AD-African relations have mainly focused on primary commodities and infrastructure. This relationship has not been given much priority in the manufacturing sector despite the importance of the sector to growth in developing economies. I fill these gaps by answering the following research questions:

David Botchie is a research student in Development Policy and Practice, the OU's main centre for teaching and research in development studies and development management. He is part of a group researching the pro-poor nature of Asian Driver capital goods. His areas of interest include global value chains, inclusive innovation, technical change, technology management and transfer.