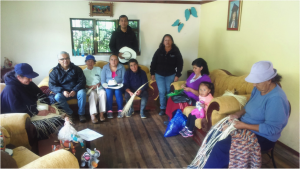 The Politics of Inclusive Development by Judith A Teichman and The Politics of Inclusive Development: Interrogating the Evidence by Hickey et al argue that inclusive development (ID) occurs when social and material benefits are equitably distributed across income groups, genders, ethnicities and regions, providing physical security, enhancing wellbeing and capabilities, and empowering people politically. However, both examine almost exclusively case studies from Africa and Asia and, although their analyses address a number of interconnected themes such as gender, economic growth and taxation, they do not explore in any depth the role of Indigenous peoples and organisations such as co-operatives or grassroots associations.

Most policy and academic debates around ID still tend to focus on sub-Saharan Africa and Asia, while South America – and its twelve sovereign states – remain relatively underexplored. In this post, I will therefore explore whether a specifically South American narrative around ID exists and, if so, in what way it differs. My main argument will be based around the argument that in South America one cannot explore such questions without acknowledging two key factors: Indigenous peoples and social and solidarity economy (SSE) organisations – including co-operatives, associations and other organisations based on principles of solidarity.

A year in Ecuador in 2015, as well as fieldwork in Brazil, Ecuador and Argentina earlier this year, offered me the opportunity to start addressing these questions. Not only do SSE organisations prioritise the well-being of individuals and communities over the accumulation of capital and profit, in Ecuador, for example, they also generate over 60% of employment. As such, it can safely be argued that they are both an economic and a political force.

Indeed, what I have learned from my work so far is the realisation that ID – in its most essential form – is both a political struggle for the recognition of marginalised people, and the development of alternative ways of engaging with the market and the state.

Since the early 2000s, South America has experienced a revival of left-wing governments. This has made visible those layers of society – such as Indigenous peoples – who have been historically neglected, as well as providing state policy support for the strengthening of SSE organisations. During this time, the region has achieved significant progress towards poverty eradication, with millions of people being removed from a situation of exclusion and poverty.

In addition, in 2006 and 2008, Bolivia and Ecuador challenged mainstream development models by adopting the Buen Vivir programme (‘Sumak Kawsay’ in Quechua, or ‘Living Well’ in English) into their national constitutions and development plans. For instance, the preamble of the 2008 Ecuadorian Constitution reads: ‘We [....] hereby decide to build a new form of public coexistence, in diversity and in harmony with nature, to achieve the good way of living, the Sumak Kawsay.’  In article 276, it emphasises that more than improving quality of life is involved, highlighting objectives that include the promotion of equality through social and territorial redistribution of the benefits of development, the guarantee of national sovereignty, the integration of Latin American and the protection and promotion of cultural diversity.

I would argue that this Andean paradigm, which promotes an inclusive, dynamic and responsible interaction between the market, the state and vulnerable people, emerged specifically from the collective experience and traditions of the region’s Indigenous peoples. Drawing on the Buen Vivir premises, Ecuador and later Bolivia were the first nations in the world to grant rights to nature, while Brazil was one of the first developing countries to make a concrete commitment to reduce C02 emissions by 2020. In addition, Brazil has implemented development policies that have helped to lift 36 million people out of extreme poverty, and created the world’s largest conditional cash transfer programme. Argentina, meanwhile, has implemented a universal basic income scheme, national income transfer programmes and equal marriage law for same-sex marriage.

As well as being attained in the midst of political and social struggles, my fieldwork data – extensive ethnographic work and in-depth interviews with members of SSE organisations and policy makers – suggests that attainments such as these across South America have largely relied on the active participation of SSE organisations and the recognition of Indigenous peoples as political actors. More recently, however, the rise of less progressive right-wing political agendas (particularly in Argentina) and the turn to the reprimarisation of the economy pose a real threat to the progress achieved so far.

Although the struggle of Indigenous peoples for recognition and rights began in the 1500s, it was only in the early 2000s that material and political conditions allowed for the emergence of states capable of radically transforming political infrastructures, granting previously marginalised populations both agency and a voice. My research strongly suggests that these transformations have taken place alongside and with the active participation and support of SSE organisations. 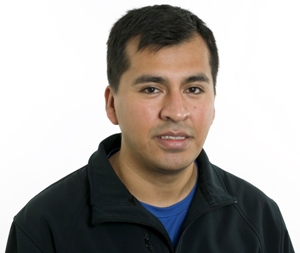 Alexander Borda-Rodriguez is a Research Fellow in IDII. As well as being a member of the editorial board of OMICS: A Journal of Integrative Biology. He also set up and leads the interdisciplinary research group on inclusive innovation and development (ITOESS) at the Universidad Católica de Cuenca (Ecuador). He tweets from @AlexBordaRodr.