Tackling the persistence and causes of child marriages in Goma, DRC 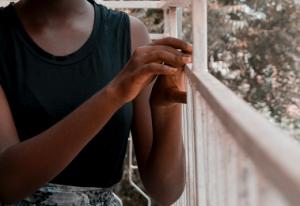 This blog is written by Bauma Balume, a lawyer by training, and a collaborator at CPAID at the London School of Economics (LSE). His research examines patterns of accessing social services, focusing on Goma’s most vulnerable residents. He is also interested in magic and the occult in the modern world and its manifestations in daily life and impacts on research, researchers and the researched.

Forced child marriages are often a lifeline for struggling low-income families in the DRC, but they have serious consequences for young girls and children’s development. Through a true story in the city of Goma, Bauma Balume reveals parents’ motivations for the practice and explores initiatives to address its occurrence.

In the Democratic Republic of Congo (DRC), the practice of forced child marriages is perpetuated by two important factors. First, the desire to improve a family’s financial situation supersedes love and the mutual consent of partners involved. Second, an environment is enabled by the vulnerability of women and a general ignorance of children’s and women’s rights.

Not everyone in the city of Goma, DRC, has the right to choose his/her life partner with complete freedom. 11% of women and girls, especially those from deprived neighbourhoods, are still forced into marriage. This issue is particularly alarming for girls under 18 years of age. In 2013, according to the United Nations Fund for Population Activities (FNUAP), 40% of girls under 18 were victims of child marriages in the DRC. The choice of a child’s spouse has now become an integral part of many parents’ responsibility across the country.

Using a specific case of child marriage, I explore the cause and consequences of these forced marriages in Goma. I then make recommendations to eradicate this practice.

To better understand child marriages, I examine the case of Zwadi’s [not her real name] family residing in the South of Goma. Her family’s situation is representative of many other families in the city. Zawadi was a 14.5 years old girl when she met Jean, a merchant of tourmalines – very colourful semi-precious gemstones. Jean was already married and financially secure when he and Zwadi started dating. Zawadi fell in love with Jean and was impressed by his wealth, and after a while she became pregnant.

Zawadi’s family was struggling financially when Jean requested Zawadi’s hand. The payment of dowry was perceived as a financial opportunity for her family. That Jean was already married and got Zawadi pregnant were key factors to negotiate a higher amount. A ‘reparation fee’ had to be incorporated. Even if Zawadi did not want to get married, her father accepted the engagement as he saw an opportunity to improve their lives.

Zawadi’s story illustrates why forced child marriages can be a lifeline for many low-income families trying to beat poverty. It is very common in Congolese families for the husband to take care of his wife and her family, which can start with regular financial contributions to the wife’s family and go as far as paying for healthcare, food and events, including celebrations and bereavement. Through child marriages, these families can attain better lives. This is also becoming a desire for young girls who are increasingly seduced by the idea that marriages can help them access a more luxurious lifestyle.

However, forced child marriages have serious consequences for young girls’ development. Firstly, girls involved in these types of marriages are more vulnerable to health risks, and early pregnancy is one of the main causes of maternal mortality for young girls between 15 and 19 years old. These girls are also exposed to higher rates of domestic and sexual slavery, unwanted pregnancies and sexually transmitted infections. Despite having some sexual education, they are subject to imbalanced power relations with their husbands which may lead to risky sexual practices.

Secondly, these marriages limit girls’ financial freedom. Once married, they become financially dependent on their husbands. They do not receive any education or encouragement to become financially independent. This can lead to manipulation and abuse by the husband.

Because forced child marriages hinder the development of young girls, it is important to stand against the practice through a mix of interventions. Firstly, the government should enact stronger laws to protect children’s and women’s rights. Next, addressing root causes, the alleviation of poverty would remove the main motive behind these marriages, as would providing education to women and girls by providing a greater opportunity for them to achieve financial independence. Awareness campaigns around the consequences of early marriage arrangements would also ensure that young girls know their rights. Actors such as NGOs would be key players as they can exert pressure on the government to ensure that relevant laws and initiatives are respected.

Photo by uncoveredlens from Pexels