Where are we 100 years after women got the vote? 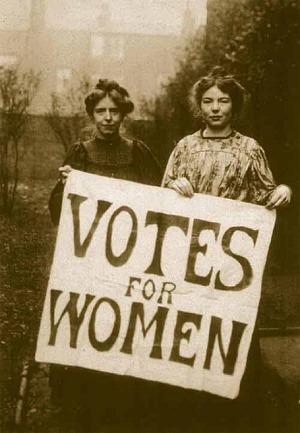 It has been 100 years since the first women secured the right to vote in the UK, but we are still 200 years away from gaining gender parity.

The Suffragette Movement and its achievements contributed hugely to the empowerment of women in the UK, resulting in the 1918 Representation of the People Act, the law that gave the some women the right to vote in the UK, and the Representation of the People (Equal Franchise) Act in 1928 awarding most women in the UK the right to vote. Later that year, Constance Markievicz, the UK’s first female parliamentary candidate, successfully ran for election and, today, we have a female prime minister (our second, after Margaret Thatcher). Though just under a third of our MPs are female today, this past century has seen an arguably positive impact on the representation of women in politics.

However, take a look at today’s news on International Women’s Day, and you will see a different story. There is still a long way to go in gaining gender parity across the board. Today, alone, women are paid on average 20% less than men, and only 19% of senior business roles are held by women in the UK. Not only are these statistics low, but the latter represents a fall from 21% in 2017 (report released today by Grant Thornton). Evidence shows that increasing diversity in leadership positions helps to create opportunity in the workplace and is a critical factor in closing the economic opportunity gap, and so this trend illustrates a stark warning from the UN today that progress towards parity in the workplace is expected to grind to a halt.

Add to this the experiences and realities of women shared as part of the #MeToo and #TimesUp campaigns, and we have a clear picture that the fight of the suffragettes 100 years ago was not the end of women's fight for rights, but the beginning.

What are your experiences and views of where we are on gender equality? Tweet us @IntDev_OU using the hashtag #IWD2018.