Why no change? Sustainable development, extractivism and the environment in Bolivia 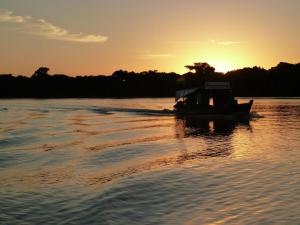 Today's blog comes from Dr Jessica Hope, Vice-Chancellor’s Research Fellow at the University of Bristol and Chair of the Developing Areas Research Group (DARG) of the Royal Geographical Society (RGS). Her research spans human geography, development studies and political ecology and addresses questions of socio-environmental change in response to climate change. Her current project, funded by an RGS Environment & Sustainability Grant, investigates reiterations of sustainable development in Bolivia, as promoted by the UN Sustainable Development Goals (SDGs). At the upcoming Development Studies Association (#DSA2019) conference, Jessica will present on the early-career plenary panel. You can follow her on Twitter.

As an early career academic, it’s been a challenge to research sustainable development and the SDGs. The SDGs may be a new set of development goals but the concept of sustainable development is old….and already much critiqued. In my recent research on the early take-up and implementation of the SDGs in Bolivia, I have tried to use this as a starting point for my work. In terms of theory, this has meant asking what can help us think about sustainable development differently? And in terms of my empirical focus, this has meant questioning how the mainstreaming of the SDGs, as a global (and globalizing) response to climate change, effect more radical environmental agendas - those that have emerged since the mainstreaming of sustainable development in the 1980s (and sometimes in critique of the concept). Somewhat conversely, these efforts to think differently have actually helped me to better understand why things are staying the same and how, in Bolivia, powerful, extractivist development logics are being maintained and reworked.

Bolivia is an insightful case through which to investigate reiterations of sustainable development. With the election of President Evo Morales in 2005, himself an indigenous social movement leader, Bolivia was looked to as one of the most radical countries in Latin America’s move left. New development and environmental ideas and policies were enacted by the state, which have mostly promoted indigenous knowledges, rights and anti-colonial agendas. Particularly relevant to the environmental remit of the SDGs are those that re-conceptualised development as Vivir Bien/‘Good Living’ (replacing targets for economic growth with targets for social and environmental well-being), granted legal rights to nature and pledged significantly enhanced territorial rights to indigenous and campesino groups. Yet, since 2009, intensifying commitments to extractivism have come to dominate Bolivian politics and debates, as well override progressive agendas. In 2015, the Morales administration set out commitments for Bolivia to be the ‘energy heart of Latin America’ – expanding hydrocarbon infrastructure and exports to include fracking, hydropower megaprojects and solar farms. It is in the context of this contested politics that the SDGs are being implemented.

In terms of thinking differently, I have found assemblage theory useful to researching and analyzing the SDGs in Bolivia. Assemblage theory foregrounds the ways realities come into being through particular (and changing) relationships and connections between, for example, objects, places, institutions, discourses and policies. Drawing on how Deleuze and Guatarri’s theories of assemblage (agencement) have been used in social science, primarily by Tania Murray Li, I have used assemblage thinking to analyse how powerful common-senses are being made, maintained and reworked. In Bolivia, adopting this approach has firstly foregrounded how the take-up of the SDGs emerges in relation to existing development agendas, actors and networks. The SDGs are primarily being operationalized by the state, by international NGOs and by their national partners. Secondly, the goals were brought into existing initiatives, rather than causing a wholesale reappraisal of development work. Thirdly, I found that, crucially, the SDGs assemblage is disciplined – with NGOs, for example, being clear that their work could not address disputes between the state and civil society. This meant the contentious politics of extractivism is excluded from sustainable development projects and discourse.  A fourth finding about is that through its emergence, disciplining and holding together, progressive discourses are being “deployed to new ends”. The central government has aligned its commitments to the SDGs with their interpretations of Vivir Bien, which fall within the parameters of an extractive-led development model. So rather than providing support to those contesting extractive-led development, the SDGs are helping to consolidate its hegemony. This interpretation and deployment of Vivir Bien is contradictory to how Vivir Bien has been conceptualized and advocated by activists and scholars. In their critical reading, Vivir Bien/ Buen Vivir provides an alternative to sustainable development, as it decentres growth and instead moves toward a more holistic measure of wellbeing (including how communities live with and treat nature). In summary, assemblage thinking reveals that the SDGs are acting as a form of anti-politics – rendering neutral and technical the contested environment/development politics of Bolivia.

Finally, and in answer to my second question, I have used assemblage thinking to identify a counter-assemblage that is emerging and consolidating in relation to the exclusions outlined above. This means identifying the organisations, discourses, politics, landscapes and histories that are coming together in exclusion from mainstream development agendas in Bolivia and in opposition to extractivism. What I find exciting is that assemblage thinking enables the inclusion of material components too - trees, riverways, habitats, wildlife, canoes, speedboats and roads. Following the work of urban geographers, for example Ash Amin, this opens-up interesting lines of enquiry into the sociality and liveliness of particular territories, as place, and how they are generative of reworked and progressive environment/development politics. In this new work, I am researching the generative liveliness of the hybrid spaces that partly emerge from policies for conservation, territory, collectivity and extractivism. Despite calls for academics to make a pragmatic step to get behind the SDGs, the Bolivian case has made me question this step and, instead, I plan to examine the stifled, excluded, contentious and more transformative politics of the counter-assemblage.