World Access to Higher Education Day - The power of education 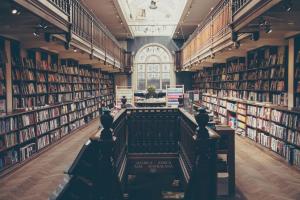 The following blog was written by Dr Lorena Lombardozzi, Lecturer in Economics at The Open University, to mark World Access to Higher Education Day 2019.

Social justice has been historically intrinsic to The Open University's spirit. The belief that people should get a ‘second chance’ is what the OU was built on. As the then Prime Minister, Harold Wilson, stated in 1963: “the OU is designed as an opportunity for those who, for one reason or another, have not been able to take advantage of higher education”. Over the past three years, I have had the opportunity to see at first-hand how the OU challenges the idea that someone’s start in life should determine or limit where they go.

Only last week, while I was discussing research with an academic based in Germany, he told me: “by the way, I'm personally very conscious that The Open University was a hugely important innovation by the Labour government in the 1960s, long before the internet made remote learning possible. My smart older sister, who left school at a young age to earn just £8 a week as a lab technician in a cigarette factory in Belfast, was able to join the – then very novel – profession of computer programming as a result of the opportunity the OU gave her.”

Recently, in the welcome forum of a third-year Economics module I chair, a student from South America introduced himself. He explained that he works at Amazon, but “I hope to reduce my working day and dedicate myself to studying this module". The drive and determination demonstrated by this student made my day. It echoes the spirit of many other students I have had the pleasure of teaching; like the zero-hours contract worker whose final project topic was exploring the impact of zero-hours contracts on workers’ welfare, or the female police officer investigating the gender pay gap among her colleagues. In a nutshell, the precious ‘real world’ insights that academics try to decipher in silent velvety libraries, are what many OU students experience in their lives; all they need is to learn how to use the potential they have in their hands.

We know that after they get their degrees, new challenges arise. Graduates still need to be offered the jobs they now qualify for, be able to access them, receive fair and equal pay, etc. Education is not a ‘magic bullet’ for social mobility, and complex and multidimensional structural barriers need to be addressed to achieve a fair society. However, being able to study, the opportunity for smart and motivated people to nurture their talents and ambitions, should be a basic right. Those who did not have this opportunity should not be regarded as an individual failure, but as a societal one.

Furthermore, the recorded impact of austerity on the fall in adult learning should not be ignored to understand the implications that big changes like automation will imply for society and workers.

Educated citizens lead to an informed civil society, able to understand and engage with the complex dynamics and challenges of the world we live in.  Effective democracy does not only empower citizens through their right to vote, but enables them to exercise that right meaningfully. That’s not an easy task. Crucial decisions, like whether to vote for Brexit or to strike for climate change, require analytical skills, and the ability to absorb contradictory opinions which are becoming more and more cryptic to the majority of citizens around the globe.

The OU was founded to make this possible; but higher education at large is one of the most important arenas where people engage in debate, learn, share information and express their voice. This is what helps to constitute a critical and engaged citizenship. In other words, higher education is one of the most powerful tools society has to achieve social justice. It should be preserved and acknowledged for what it is, a public good.