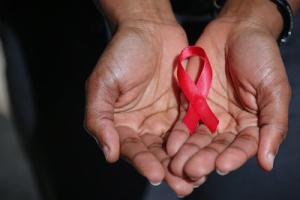 New recruit to IDII Dr Mark Lamont talks about his own particular approach to the topic of Voluntary Male Medical Circumcision in Kenya.

When popular Danish newspaper Kristeligt Dagblad were seeking expert comments on a controversy over male circumcision, they turned to the Open University’s Dr Mark Lamont.

Legislators in Denmark had been trying to pass a law to ban the ritual circumcision of boys, but were defeated by opponents citing cultural rights.

Dr Lamont is well aware how polarising the male circumcision debate can be, but unlike many commentators he does not line up unequivocally ‘for’ or ‘against’.

An anthropologist and historian, his interest in the topic was sparked by encountering traditional circumcision practices while researching in Kenya in the 1990s.

His latest research focuses on Voluntary Male Medical Circumcision (VMMC) in Kenya, where since 2007 men and boys have been encouraged to undergo the process as part of a wider campaign against HIV/AIDS in Africa.

What Dr Lamont calls ‘the largest intervention based on surgery in Africa’s medical history’ was initiated after clinical trials in Sub Saharan Africa suggested VMMC reduces the risk of men contracting HIV from infected women by 60%.

While there has been much debate over the validity of the science behind VMMC, other aspects have been neglected, Dr Lamont says.

“There is an enormous amount of medical/scientific research published on the topic, but not many are looking at it from a sociocultural, and even fewer from a historical, perspective,” he says. “The medicalisation of circumcision in Africa has a history going back to colonial times, which is still playing out.”

Historically most boys in Kenya have been circumcised, typically around age 14-16, in traditional ceremonies which are an important rite of passage to manhood.

But many communities are now ditching their elaborate traditional rituals, which involve the month-long seclusion of boys in a specially constructed house, in favour of medicalised circumcision in a clinic, which is now much less costly and seen as more ‘modern’.

This raises questions over what impact the abandonment of what was a major life event is having on communities and individuals.

VMMC has also extended circumcision to Kenyan ethnic groups where it hasn’t been traditionally been the norm. These however may be motivated by social pressures to conform to the Kenyan male norm, rather than concerns over HIV, says Dr Lamont.

“What my research suggests is there needs to be an understanding of the contexts. Who to marry, for instance, is a concern that can influence the decision to circumcise, or not.

“Circumcision is never just a snip. It is a carrier of meaning, it transfers changes to personhood and sexuality.”

Dr Lamont does criticise the VMMC programme in Kenya for setting an over-ambitious target of circumcising 90 percent of males by 2021, which has led to standards being compromised.

There is increasing evidence that men and boys have been given biased information about circumcision, and there are examples where proper consent procedures have been skipped and boys circumcised without parents’ informed consent.

However, he says: “This is not to say the medical intervention programme has had a negative impact; it has brought surgical skills into the country, and knowledge and skills around men’s sexual health.

“To be fair to the programme, they wanted it to be combined with a sexual education campaign, but this made it too expensive.”

Dr Lamont, who is now in the process of writing up his research findings, has already begun work on a new project looking at  maritime cultural heritage and development in Kenya. But he also hopes to engage with Kenyan media to debate circumcision at a national level.

Dr Lamont is a relative newcomer to development, having joined the OU’s Development Policy and Practice group in March following a stint in the OU’s History department.

“I like the development element, it is very challenging material,” he says. “There is a lot of possibility of connecting with the public on development issues, which I think is a good thing. Academics should not only be talking to other academics.”