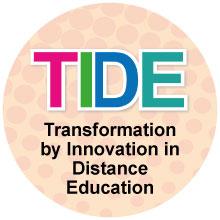 The sudden return to military rule in Myanmar causes grave global concern for a country that hitherto was making tentative steps towards a democratic transition.

Following the events of 1 February, the UK Government was clear in its condemnation of the military coup and the arbitrary detention of members of the democratically elected civilian government.  Standing with the people of Myanmar, the Foreign Commonwealth and Development Office (FCDO) stopped all funding to government-led reform processes.

The FCDO decision led to the withdrawal of funding from two OU international development projects working to transform distance teaching and teacher education in Myanmar.

The highly successful Open-University-led Transformation by Innovation in Distance Education (TIDE) project, a £4.5 million programme working to improve the quality, relevance and reputation of university-level distance education in Myanmar was due to end in September this year, but will now be wrapped up in May.

TIDE Senior Project Manager Chioma Obi said that after years of low investment in the country’s higher education system, TIDE offered some hope for improvement and was succeeding in laying the groundwork for HE reform, particularly in distance education.

During its four years in operation the TIDE project, led by Professor Andy Lane, provided training targeted at enhancing individual capacity and Environmental Science subject level knowledge to academic and support staff in all 40 of Myanmar’s Arts and Science universities. Over 500 staff received training from TIDE and more benefited through cascade training.

From an academic point of view, TIDE Academic Director Professor Andy Lane says: "As well as supporting the quality of distance learning in general, TIDE focused in particular on Environmental Science degree programmes. The project helped university staff across Myanmar to develop vital Education for Environment and Sustainable Development (EfESD) knowledge and skills through seminars and courses on topics such as ecosystems, climate change and water and human health. These online courses are open educational resources that can be shared amongst participating universities and provide practice in applying distance teaching approaches."

The project is now focused on developing and making project resources available online for anyone who wants to use them in the future. “Despite the current situation, the project team is determined to leave a positive and sustainable legacy,” says Chioma.

TIDE legacy resources will be made available on OpenLearn Create from the end of May and include Professional Development Programmes, Master Trainer Programmes, a Change Management Competence Programme and several courses for staff and students. Chioma says these resources are needed more so now than ever, as they provide some form of continuous development during these turbulent times.

A second OU project working in Myanmar, Towards Results in English Education (TREE), led by the British Council, has been suspended by the FCDO, initially for six months.

TREE, whose OU academic director is Malcolm Griffiths, is supporting teacher educators in 25 education degree colleges across Myanmar, where a new degree-level teacher education curriculum has been introduced. The project would have marked its second anniversary in May.

The situation in Myanmar continues to deteriorate; peaceful protests are suppressed, and peaceful exercise of freedoms inhibited by restrictions.

On a personal level, the impact of events in Myanmar on OU staff has been ‘distressing’, says Tim Seal of the Open University International Development Office, who is lead ICT support on TIDE, and senior project manager on TREE.

“We have built relationships with a lot of people over the four years on TIDE – there are people we were quite close to and we have not heard from them, and others we only hear from intermittently due to poor internet connectivity.”

Both the TIDE and TREE Project teams are currently drawing up a report on lessons learnt from the projects, which should be available by the end of April, with more structured synthesis reports due by the end of May.

No Open University staff were in Myanmar at the time of the coup or is currently in Myanmar.