Reaching out to the young victims of a war on education 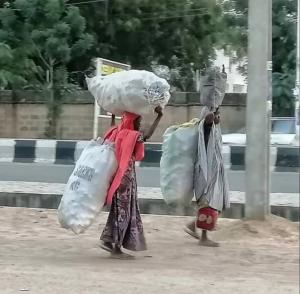 In a region where schoolchildren are targets for abduction by terrorists, an Open University International Development researcher is seeking to keep the flame of learning alight.

When Margaret Ebubedike was interviewing female higher education leaders as part of her PhD research, she was told that “in 10 years’ time we will not be raising any more woman leaders in Nigeria”.

Those words were the starting point for a project which is reaching out to the burgeoning out-of-school population in conflict-hit regions around central Africa’s Lake Chad.

The kidnapping of 276 girls from a school in Chibok, northern Nigeria by terrorist group Boko Haram in 2014, drew the world’s attention to what is effectively a war on children’s education, which is still ongoing.

“The Chibok incident brought into the open the complexity of girls’ experience in the region,” said Dr Ebubedike. “It is beyond issues of culture and religion, it is about threats to life, not just education.

“After that kidnapping most parents withdrew their girls from schools, and more than 10 years later, girls are still being abducted,  and they have moved to abducting boys as well.” 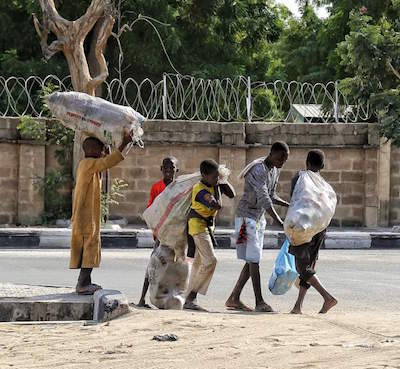 The effect on young lives has been devastating – understandably fearful parents shun education in favour of marrying their daughters to soldiers who can protect them, and girls and boys end up engaged in labour rather than learning.

Dr Ebubedike has received a starter grant of £25,000 from the UK’s Global Challenges Research Fund to work with the affected communities in four countries: Nigeria, Cameroon, Niger and Chad.

She is recruiting a network of parents, imams – who wield influence as local community leaders – and children, both in and out of school, who make up the majority of participants.

Together they will explore possible alternatives to classroom education that can take place in safer locations such as family homes and do not rely on the internet – which many have no access to – although mobile phones are likely to play a role.

Wake up call to policymakers

A key output will be photographs taken and curated by the children themselves to reflect the reality of their present lives, which will be presented to communities and other stakeholders in an exhibition.

Dr Ebubedike hopes it will act as a wake-up call to, in particular, policymakers, about the potential impacts of so many children being denied the opportunities offered by education. 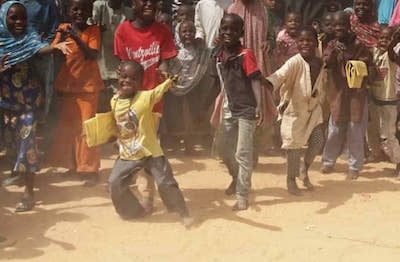 “We are raising a generation of combatant youths,” says Dr Ebubedike. “Governments need to understand that this is a really serious situation – if the problem of education is not solved now, there will be a bigger problem awaiting us in the future, for the economy and the whole of society.

“There is no way the 2030 development goals will be reached.”

The practicalities of research will be challenging: the security situation, combined with COVID-19, mean Dr Ebubedike cannot currently to travel to the region and will have to conduct research activities remotely.

She will be supported by a locally based researcher in each country, and is working closely with Professor Tajudeen Akanji at the University of Ibadan in Nigeria.

The project, formally titled A ‘hidden’ crisis-in-crises: a transformative agenda ‘Boko-haram and education’ in the countries of the Lake-Chad region through visual narratives, will last one year, but aims to lay the groundwork for a larger initiative.

Centre left: Children are now subjected to child labour rather than getting education or training

Top right:  Even the girl child is not spared

Bottom right: Young children continue to miss out in the essential and compulsory early years' education and learning