The Classical Studies guide to referencing

This guide is to be used by certain Classical Studies modules. Please check your module’s Assessment guide to ensure whether you are required to use it.

References to ancient works should include the author, the name of the work and the location of the work, as shown below.

You will notice from the examples that follow that, when referencing ancient texts, page numbers of modern translations are not being used. Only very rarely in the case of particular texts (examples below) is it correct to cite an ancient source by using the page numbers in a modern translation of it. The reason behind this is that you need to make it clear where in the source the material comes from, so that anyone with access to any translation can locate it easily.

Tip: When referencing ancient texts, your reference should always take the form of working down from large to small, so begin with the title (if appropriate), then the book or poem number, then the specific section or line number(s).

A note on titles and abbreviations

You will see the titles of ancient works cited in secondary literature in both the original language (Greek works often in Latin or using the Latin alphabet) or in English (e.g. Dio Cassius, Roman History / Ῥωμαϊκὴ Ἱστορία / Historia Romana). It is advised that you use English titles in your own work to aid consistency and clarity.

Often in secondary literature you will find abbreviations of ancient texts, usually in the Latin form, for example:

If you would like to use such abbreviations, make sure you use the widely-recognised ones listed in the front of the Oxford Classical Dictionary and that you follow them consistently.

All abbreviations used below can be found in the front of the Oxford Classical Dictionary.

Examples from poetry and drama

For any form of poetry or drama, make sure you give the line number or line span.

Epic poems are divided into books, so you should also give the book number.

Poems may be included in collections where individual poems have their own number. The collection may or may not have a title: if it does, include it in your reference. One thing to note, though, is that titles are often not given where only one work has survived from an author, such as in the case of Catullus (first example below). The poetry of Horace, however, is arranged into different collections each with their own title (e.g. Odes), and each poem within has a number (second example below).

Tip: If you are making a general point about the whole of a poem, you do not need to give line numbers, for example: ‘Horace, Odes 3.30 explores the theme of fame’.

Prose texts such as historical works, novels, speeches and essays are usually divided into books, chapters and sometimes sections (depending on how long the chapters are).

Biographies are a little different. When referencing a biographical work, we use the title of the specific biography in question, such as in the third example below. Another example would be Plutarch’s Lives.

In the case of collections of letters, the letters themselves are usually numbered, but they may also be divided into sections, such as in the fourth example below.

Ancient legal works usually take the form of catalogues of laws written down as reference works in antiquity by juristic scholars. When there was one jurist who collated the laws in writing (e.g. Gaius), that person carries the authorship. When several authors put together a collection, the name of the author of the (sub)section cited goes after the reference in brackets. In the case of anonymous collections of laws, such as in the third example, no author is given.

In the case of ancient medical texts, there is no standard edition and some versions number the chapters of the treatises differently. For this reason, give information on the edition used, such as with the first example, where the nineteenth-century edition of Emile Littré, commonly abbreviated as ‘L’, was used.

For Galen, a smaller proportion of the total work is available in English translation. The convention is to include the volume and page number from the edition by Karl Gottlob Kühn, commonly abbreviated as ‘K’, such as with the third example.

You may sometimes come across Hippocrates’s name given in square brackets, e.g. [Hippocrates]. Some scholars do this because there is no certainty that any work in the Hippocratic Corpus is by the historical Hippocrates. You may put his name in square brackets to indicate this, but it is not necessary.

Very rarely you will be dealing with a text that is fragmentary, and this will be clear from the scholarship you read. If you cite such texts, you need to include the abbreviation fr. (or frr. if you are referring to more than one fragment) in the reference.

Because fragmentary texts have sometimes been arranged in different ways, it is conventional to give the name of the editor or a standard abbreviation for the edition to which you are referring. This helps the reader find the passage you mean, as different editions may number fragments differently.

You may find ancient artefacts or artworks within catalogues of objects and artworks, corpora of artworks, online catalogues of images, museums and books. Artefacts and ancient artworks are referenced according to the modern collection they have been published in. Below are some representative examples.

A catalogue of objects and artwork is the Lexicon Iconographicum Mythologiae Classicae (LIMC), which arranges images by topic.

A common corpus of Roman provincial artwork is the Corpus Signorum Imperii Romani, of which there are many volumes, arranged geographically.

There are also online catalogues of images such as Artstor.

If you found the object in a museum and do not know where it was published, you may reference as follows:

Tip: Include the full referencing information of images in their captions, for example:

You may then refer to your images within your text by their figure number, for example:

“… as is the case with the bronze Aphrodite statuette from Athens (Fig. 6).”

Coins and inscriptions are almost always collated in corpora or catalogues and, within them, each coin or inscription has a particular number you should use in your referencing. The same applies even when you are using online databases such as the Heidelberg Epigraphic Database, as these will give the conventional corpus numbers as well.

Coins and inscriptions are always being discovered and sometimes it takes a while for them to find their way into supplementary volumes of the corpora mentioned above. In these cases, reference them in the publication in which they were first published. For example, for inscriptions there is L’Année Épigraphique, a journal specialising in publishing newly-found inscriptions.

If you have any comments or feedback about this guide, please email Classical Studies at FASS-ArtsHum-Classical-Studies@open.ac.uk. For any questions about referencing in general, please get in touch with the Library helpdesk.

Using Library Search for your assignment

Learn how to find specific resources and how to find information on a topic using Library Search. 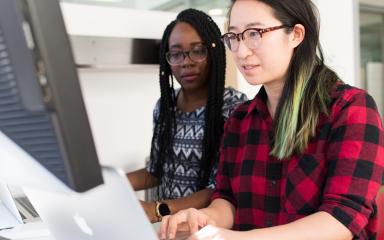