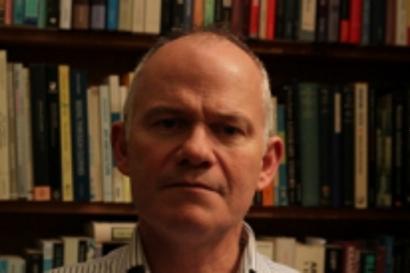 In his inaugural lecture on 17 July, Professor Derek Matravers explored the dilemma of how to protect culture and heritage in war zones, while making human life a priority.

Professor Matravers has a particular interest in a particular branch of philosophy called ‘just war theory', which goes back to at least medieval times. He highlighted the need to rethink big sections of this theory in order to include an assessment of the value of buildings.

New research into the ethics

Professor Matravers has been awarded £409,094 from the Arts and Humanities Research Council to research the ethics of protecting symbols of culture and identity in war zones.

He will work with Professor Helen Frowe, Director of the Stockholm Centre for the Ethics of War and Peace, a specialist in the philosophy of war, to formulate the principles, and thus guide the practice of cultural protection.

Derek Matravers is Professor of Philosophy at The Open University. Before joining the OU, he was a research fellow at Darwin College Cambridge. He is the author of Art and Emotion, (OUP: 1998), Introducing Philosophy of Art In Eight Case Studies (Routledge: 2012), Fiction and Narrative (OUP: 2014), and Empathy (Polity: 2017). He has also published on aesthetics, ethics, mind, and politics.