Day 2, Year of #Mygration: Ukranian class in a Toronto school 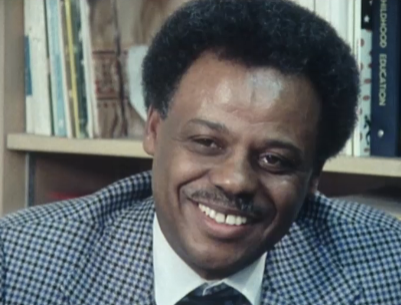 Migrants and migration are much in the news, from images of refugees in danger to Hamilton the musical celebrating immigration. The Open University has been addressing migration from its first decade. In this Year of Mygration, we will be looking at current research but we are also retrieving earlier course material from the OU archives, thanks to the expertise of our colleague, Ruth Cammies. The OU’s first students began their courses in the 1970s. An example of a programme which offered wider perspectives on immigration is ‘We’re all immigrants here’, reporting from Toronto in 1978. This extract sets the scene and the whole programme can be viewed via a further link. The phrase ‘We’re all immigrants here’ reflects the idea of ‘my-gration’ and our opening theme of being open to people. The challenges and opportunities of being open to people who speak different languages still present themselves to schools today, all over the world.

Watch the video clip on the OU Digital Archive.

It's at school that the immigrant child gets his biggest shock on reaching Toronto and the city's schools face a huge responsibility. The Principal of one such school is Wilson Brooks.

Wilson Brooks: Obviously, I'm of African descent as far as that's concerned but there's a lot of mixture in between On my mother's side, that's the Toronto connection, so as to speak, she was born and raised in Toronto just a few blocks from here, I was born in Windsor as one of her sons, brought here at an early age and went all through the school system, Alexander Neil one of our neighbouring schools is my Alma Mater and this particular school was our competition.

Prior to that her mother had been born in a place called Flesherton, that's north, that's farm country up in Grey County, North of Toronto, North West of Toronto and her mother in turn was Irish who had married I understand a man of colour who had come to Canada from Baltimore as a freed man, that is he had bought his way out of slavery, so that takes us back to the mid 1850's in around there*

John Raynor: Well what's the composition of this school now then?

Wilson Brooks: Now we, we're in the wave of the Portuguese Canadian, they've "been here about fifteen years and they’re in to their second generation*

(Children singing - "Here we go a walking down the streets").

Wilson Brooks: So they’re about IOfo of the school, 65 to 70$ of the school are youngsters who either, many of them have "been born here now" but of course in the Portuguese in the community still speak Portuguese when they come to school, some of them with English too.Then followed by the English, Scots and Irish, a few Carribean people, a scattering of Orientials, we're getting some people in from South America, Chilians we've had some of that.  Every time we have a change in the political scene we get somewhere in Toronto some school adds another segment or an increase in the segment of an ethnic group, be they Portuguese, West Indians, Italian , Pakistani or what, they have come to this City of ours for one thing. As far as children is concerned, get ahead, getting ahead is a matter of being trained to be able to get involved in the community, get good jobs etc., some of them have different ideas about what getting ahead is but if the schools to be used that’s what, that’s the kind of support we get. They get ahead at school.