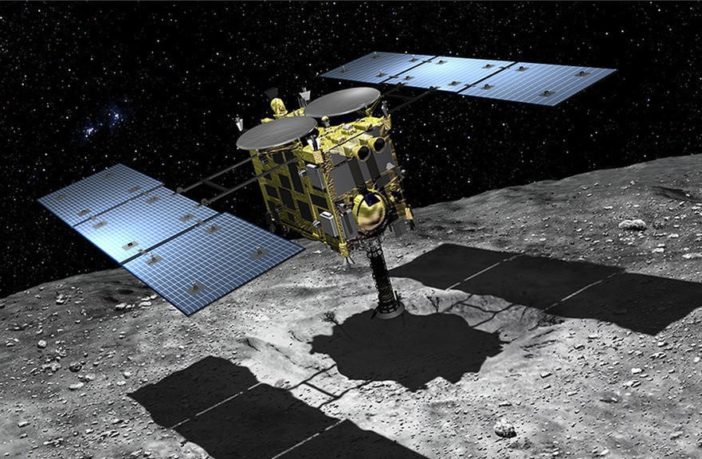 Scientists from The Open University have today taken delivery of pristine samples from an asteroid which could reveal the secrets to how our Solar System formed.

The spacecraft ‘Hayabusa2’ launched by JAXA (Japan Aerospace Exploration Agency) in December 2014 travelled over 5 billion kilometres before flying past the Earth in December 2020 to deliver its particles by parachute in a sealed canister to the Australian outback.

The secrets contained within the extraterrestrial materials from asteroid Ryugu could determine how much water asteroids delivered to Earth billions of years ago, and even how the entire solar system evolved.

The Open University is one of the first non-Japanese institutions to receive these precious samples. And the OU team led by Dr Richard Greenwood will now examine the materials for expert analysis in The Open University’s world-leading oxygen lab. 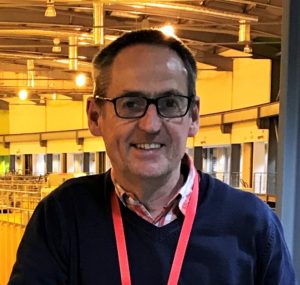 “The samples returned from asteroid Ryugu are quite simply the most important space materials ever collected. Our Japanese partners have done an amazing job and demonstrated that these samples are essentially the same as the material from which our Solar System formed. But one piece to the jigsaw is missing – Oxygen! At The Open University we are world leaders in the analysis of oxygen isotopes. Our measurements are critical to unlocking the secrets from the Dragons Palace.”

From outer space to Milton Keynes 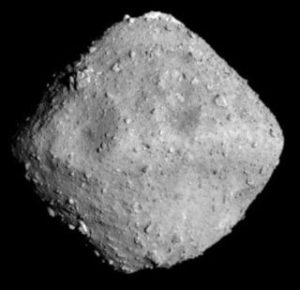 After a four year journey Hayabusa2 rendezvoused in space with near-Earth asteroid Ryugu (Dragon’s Palace in Japanese) in June 2018. It surveyed the asteroid for over a year then took samples. It left the asteroid in November 2019 and returned the samples to Earth in December 2020.

Getting the samples safely from Japan to the UK has been a remarkable story in itself. The particles are sealed in stainless steel canisters in an atmosphere of dry nitrogen. From the time of their arrival on Earth to the moment they are analysed, it is imperative that the samples are not contaminated by air.

To bring the particles safely to The Open University’s laboratory in Milton Keynes, Dr Richard Greenwood and Dr Motoo Ito sought the assistance of Griff Jones of the Science and Innovation Team based at the British Embassy Tokyo.

In early July, a small delegation led by Ms Sue Kinoshita, Deputy Head of Mission, British Embassy Tokyo, collected the samples from the National Institute of Polar Research (NIPR) in Tokyo, where they were being stored under the supervision of Drs Akira Yamaguchi and Naoya Imae of NIPR who are member of the team Kochi. With the samples finally getting to the OU’s labs today for full analysis.

The measurements being undertaken at The Open University will provide critical information about the origin of asteroid Ryugu and how it relates to other key extraterrestrial samples.

The Open University is working as part of Team “Kochi” led by senior researcher Dr Motoo Ito of JAMSTEC (Japan Agency for Marine-Earth Science and Technology) and the OU’s Dr Richard Greenwood says working with Japanese colleagues has been inspiring:

“It is incredibly exciting to be working with our Japanese colleagues on these amazing samples as part of Team “Kochi”. Hayabusa2 was already one of the most successful space missions of all time. And now that we are analysing the samples it turns out we have literally hit the jackpot. The 5.4 g of material snatched from the Dragon’s Palace by Hayabusa2 is more than worth its weight in gold.”

Hayabusa2 carried multiple science payloads for remote sensing and sampling, and four small rovers to investigate the asteroid surface and analyse the environmental and geological context of the samples collected.

The spacecraft then collected and stored the samples in separate sealed containers inside the sample-return capsule which was equipped with thermal insulation.

The samples were returned to earth in a special capsule parachuted to a landing at the Woomera Test Range in the Australian desert in December 2020.

After releasing the sample return capsule into Earth’s gravitational grasp, Hayabusa2 pulled away and will continue its mission on into 2031 with a planned rendezvous with the asteroid 1998 KY26.

Hayabusa2 spacecraft was launched in December 2014, arrived at asteroid Ryugu in 2018 and then commenced one of the most successful asteroid exploration missions of all time. This involved a detailed survey of the asteroid using onboard instruments. Samples from the surface of asteroid Ryugu (approximate mass 5.4 g) were collected by the Hayabusa2 spacecraft and successfully delivered to Earth via a return capsule, which landed safely in the Woomera desert of Australia on 6 December 2020.

After an initial curation phase, Hayabusa2 samples were distributed on 17 June 2021 to scientists, principally based in Japan, to undertake an intensive analytical campaign. Team “Kochi”, led by senior researcher Dr Motoo Ito, has already, in just a few short weeks, carried out detailed synchrotron imaging of Hayabusa2 particles, as well as compositional and structural analysis. However, an important missing piece of the jigsaw is how the Ryugu particles relate to other “primitive” extraterrestrial materials, including meteorites, such as the one that fell in Winchcombe, Gloucestershire earlier this year. The oxygen isotope analysis undertaken at The Open University will provide this vital information.

Asteroid 62173 Ryugu, is a near-Earth object, approximately 1 kilometre (0.62 mi) in diameter. It is a dark, primitive object of a rare spectral class, showing characteristics of both B and C types. Dark, carbonaceous” asteroids such as Ryugu are composed of “primitive” material, with a composition that is close to that of the dust from which the Solar System formed. As a result, studying the pristine material returned by Hayabusa2 will help us to understand key questions about how our Solar System formed and evolved. Primitive asteroids like Ryugu  may have brought water and organic matter to early Earth, making it a more habitable planet.

Lee works in the Media Relations team. He trained as a broadcast journalist at City University in London before working in BBC local radio as a reporter and producer. Recently he has worked for the Government Digital Service in the Cabinet Office and in local government communications for a number of London boroughs.