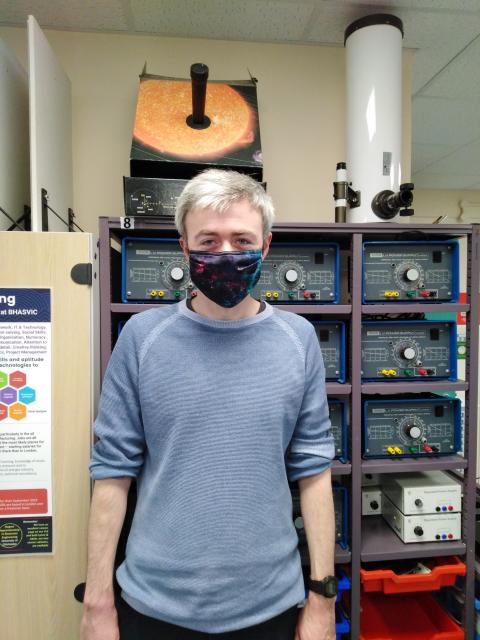 We are delighted to announce that Oliver Murray has been awarded the Paul Lidgett Memorial Prize for an outstanding performance and innovative and analytical work on SXP390 The Science Project Course: radiation and matter.

“Oliver's study into exoplanets around white dwarfs was highly original and fascinating to read. His scientific writing flowed seamlessly, discussing and evaluating his sources and taking on the appearance of a professional piece of research.”

On accepting the prize, Oliver, who has now graduated with a BSc in Physics from The Open University said:

“Studying Physics with the OU has been a transformative journey for me, originating in a desire to do something constructive with my free time and concluding in a fairly drastic immersion in the cutting edge of exoplanetary research literature as I completed my SXP390 project.

Along the way, my interest in the physical world was rekindled, seeing me strike a rich vein of scholarly enthusiasm, develop new scientific passions and attend events and conventions that would otherwise have been beyond me.

Being a student with the OU in 2020 has also lent a degree of constancy to my studies and day-to-day life in otherwise crazy times!  The skills and knowledge I’ve developed throughout the course have proved valuable in my day job as a Technician in a Sixth Form College, in particular in developing Astronomy teaching provision and helping inspire the next generation of physicists and astronomers.  I’m also keen to continue pursuing my own research interests in Galactic astrophysics and exoplanet science through postgraduate study and feel that the OU has set me up with the competencies and confidence to smoothly facilitate this transition.”

This prize was endowed by a legacy in 2016 from Mr Paul Lidgett, an OU graduate who studied many OU modules. Prizes are awarded yearly for performance on SXP390. More information on studying for a BSc in Physics with The Open University can be found here.