New research has found that strategically placed artificial reefs in the sea could be used to stimulate population recovery in a keystone species. This could help to restore coral reefs in the Caribbean.

The researchers are from the School of Environment Earth and Ecosystems in the Faculty of Science, Technology, Engineering and Mathematics: Drs Max Bodmer (previous an OU PhD student), Phil Wheeler, Pallavi Anand and Shannon Cameron (current OU student). 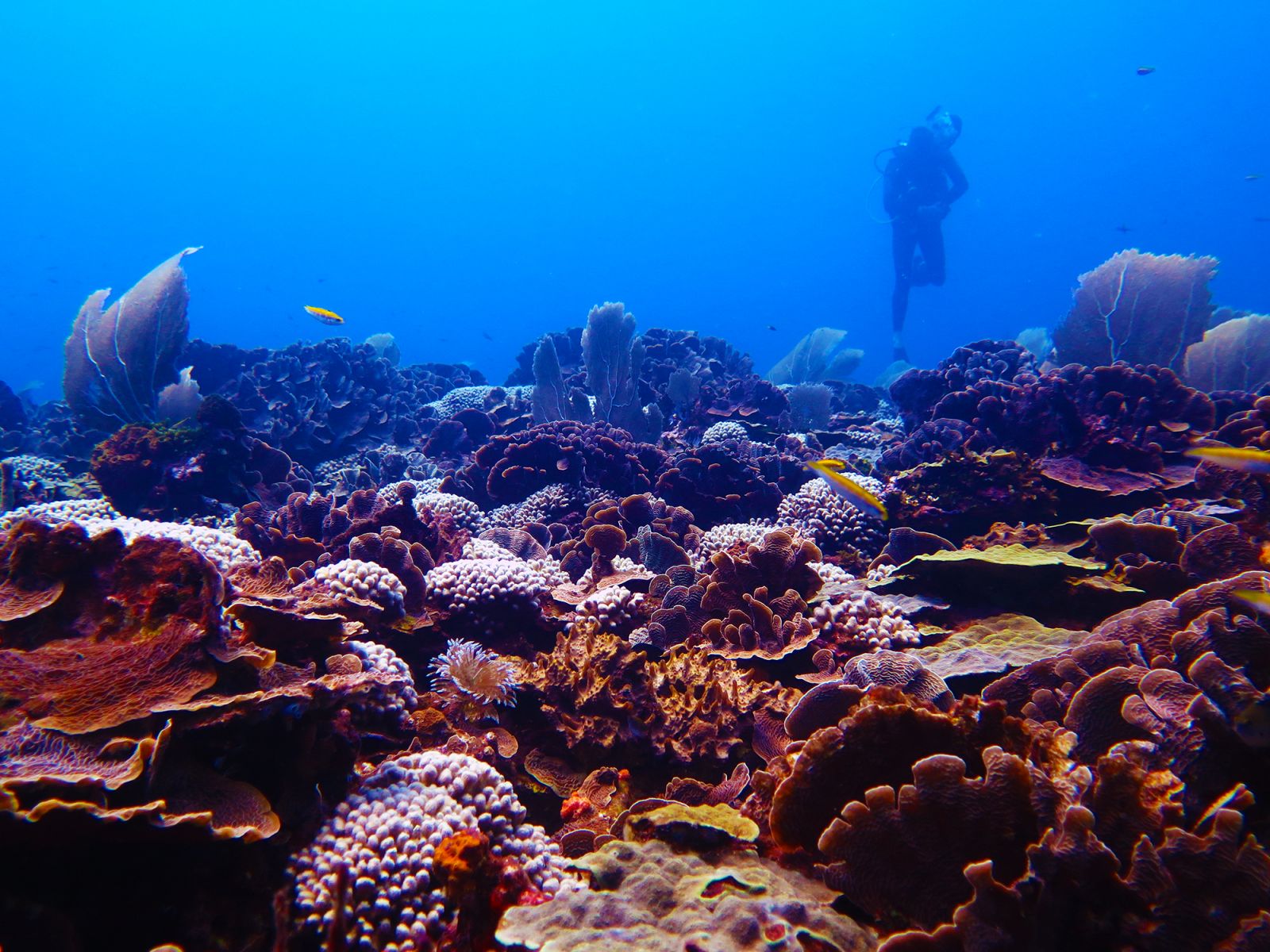 In the early 1980s, a disease epidemic killed 95-100% of long-spined sea urchins (Diadema antillarum) in the Caribbean, and populations have almost entirely failed to recover since.

Urchins maintain reef health by feeding on fast-growing macroalgae which compete with slow-growing corals. Without urchins keeping it under control, macroalgae boomed in the 1980s and ultimately won the competition for dominance. A coral reef without corals is like a forest without trees, and its loss hugely reduced habitat availability and negatively impacted biodiversity.

Reestablishment of urchin grazing would likely have beneficial impacts, but efforts to restore urchin populations have been largely unsuccessful.

The new research presents multiple lines of evidence to show that urchins prefer complex habitats because they provide refuge from predators. In complex habitats, urchins may be more reproductively successful as they divert resources from predatory defence to fertilisation. Within 24-months of deploying a series of experimental artificial reefs urchin populations had increased significantly, reducing macroalgae cover.

The artificial reefs, made of cheap and widely available breezeblocks, are shown to be an economically viable strategy to restore urchin populations.

Follow the link to read the news story: https://ounews.co/science-mct/artificial-reefs-could-restore-sea-urchin-populations-and-coral-reefs.

We are looking for a Research Associate to work within the Floodplain Meadows Partnership team in EEES. The post is fixed-term and part-time.

New research published in the high-profile journal Science has explored the reproductive complexity of plants.