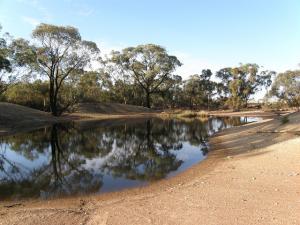 Although being able to attribute value forms the basis of our socioeconomic system, it is often a difficult concept, especially when we consider items which are either outside the market or available in too large quantities to require valuing. Take gold, for example. Despite its interesting chemical and physical characteristics, it would have been hard to consider it a currency had it been as abundant and as easily accessible as sand.

This leads us to the challenge of considering the value of the benefits we receive from nature. Whether referring to clean air, insect pollination or simply aesthetic recreation, many such benefits are not immediately obvious or measurable, and hence are often incompletely considered in conservation or land-use management decisions.

It was to overcome this, and to include as wide a range as possible of the benefits derived from ecosystems, that the Ecosystem Services Framework (ESF) tool came into being. (Ecosystem services can be defined as ‘the outputs or aspects of ecosystems and their processes from which people derive benefits’.)

Now widely adopted by scientists and policy-makers – see, for example, the Millennium Ecosystem Assessment and the Inter-governmental Platform on Biodiversity and Ecosystem Services, the popularity of the ESF comes from its ability to resolve the complex and often subconscious motives of conservation campaigners onto a number of intelligible axes. It thus allows for a sophisticated valuation of goods and services, including those that are not easily monetised.

However, although the ESF has been instrumental in highlighting the importance of ‘hidden’ benefits, disagreement is growing about its merits within the scientific community as well as among conservationists and policy-makers. One of the reasons for this is the fact that many conservationists are uncomfortable with the labelling of some benefits  – such as animal welfare, biodiversity, spiritual value – as ‘services’. Another is that the classification and valuation scheme can clash with what’s regarded as important by local stakeholders who have interests in, and dependence on, a specific site. And the largest concern of all is that monetisation and an uncritical application of the framework may lead to unintended consequences around conservation.

In Beyond Ecosystem Services: Valuing the Invaluable, a paper recently published in Trends in Ecology & Evolution, Richard Gunton, I and the other authors discuss how an aspectual approach may be better suited to adapt the ESF to suit local political and societal structures. The ecosystem valuing framework the authors put forward is based on aspectual theory, which was developed during the first half of the 20th century by Herman Dooyeweerd, Dirk Vollenhoven and others in the four-volume A New Critique of Theoretical Thought, published in 1955 by the Presbyterian and Reformed Publisher Company, Philadelphia).

According to Dooyeweerd, human experience is composed of 15 types of property or aspect, which can be understood as different modes of being and functioning. His theory offers an intuitive categorisation of the diversity of meanings that we ascribe to a single object, phenomenon or situation in the world. Each aspect therefore provides a sphere of meaning that governs the functioning of all kinds of entities, including humans. The implication is that, in their deepest form, these aspects pertain across all cultures and can be grasped intuitively regardless of local circumstances. Since aspects are modes of functioning, we can devise assessments for the functioning of an entity using each of the aspects in turn, allowing for an evaluation of distinct kinds of benefit or detriment.

Table 1: Aspects of reality, including examples of human functioning and of how a forest might function and have meaning in each.

The Ecosystem Valuing Framework (EVF) put forward by Gunton et al explores how specific stakeholders appreciate sites and ecosystems according to each of the 15 aspects. In so doing, it takes the ecosystem services notion of a diversity of benefits derived from nature, and enriches it so that more attention – and justice – is paid to real-world situations as well as to the needs of local stakeholders.

Yoseph Araya is a Lecturer in Ecology & Environmental Science in the OU’s STEM Faculty. His research centres on the functional relationships between plants and their environment (particularly water and nutrients) as well as public environmental education and engagement. You can follow his work on Twitter via @YNAraya.