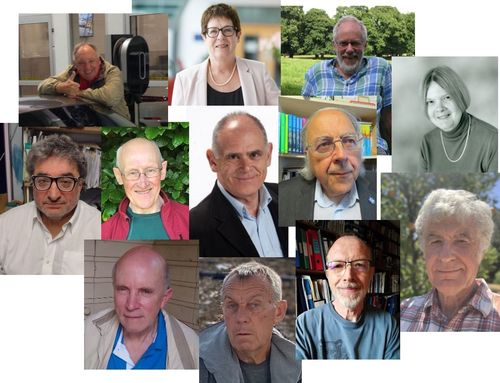 The discovery of digitised copies of the first Open University PhDs in the University Archive piqued the curiosity of the Graduate School to find out more about this pioneering group of people. As many as possible of this cohort of 55 graduates were tracked down, and then interviewed about their experiences and stories of studying for their PhD at the OU in the 1970s, during its turbulent opening decade.

The Covid pandemic struck at this stage and threatened to stop the project. However, the sharp increase in people’s capability in the use of video meetings and the enforced home working turned out to be a benefit for the project, in that it was possible to speak to people who might have been too far away or too busy to be interviewed under normal circumstances.

Having gained approval from the University’s Human Research Ethics Committee, current and retired OU staff who were around in the 1970s were contacted and two of the cohort were found through their memories and contacts. One of them has been working at the OU since doing his PhD. The rest were found through online searches and an additional 10 graduates were found this way, many through the emails or contacts at the institutions where they had last worked and some through their Linkedin profiles.

This group of 12 graduates were interviewed between April and June 2021 and mainly using recorded video meetings, sometimes having to take into account different time zones, as one interviewee was in the United States and one in Canada. The interviewees were all asked the same questions, starting by understanding their family and educational backgrounds, in particular whether higher education was something familiar to their family. The interview focused on why they had chosen the study for their PhD at the OU and their most enduring memories and relationships of that time. The interviews were ended by asking to what extent their OU PhD had changed their lives and affected their future.

Some retired staff who had worked at the OU in the 1970s were contacted to understand the context of our cohort’s experiences. These conversations were not recorded on video.

The interviews were transcribed, and the recordings and transcriptions stored in the OU Archive. Many common themes of the experience of studying PhDs at the OU in the 1970s came through in these interviews and the most illustrative excerpts from these recordings have been highlighted in this exhibition.