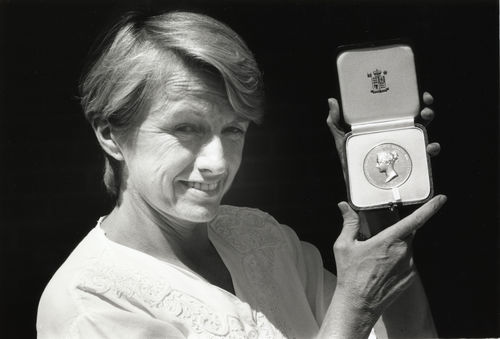 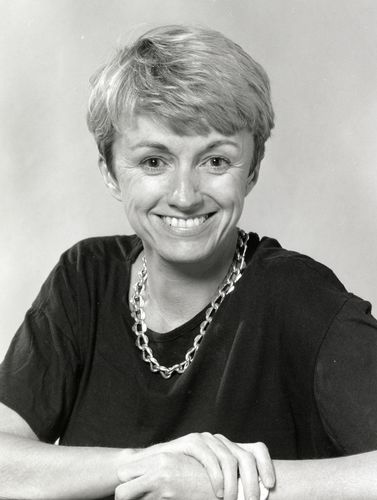 Doreen Barbara Massey was born on the 3rd January 1944 in Manchester.

After studying at Oxford and the University of Pennsylvania, Massey began her career at the Centre for Environmental Studies (CES) in London, before joining The Open University as a Professor of Geography in 1982.

The following text has been taken from Professor Massey’s obituary written by Dr. David Featherstone and reproduced here with his permission. Originally published in The Guardian on Sunday 27th March 2016.

From the 1970s onwards, her writings on space, place and power inspired generations of geographers and many others, including creative artists and trade unionists. From challenging the tendency to blame poor regions for their own poverty to articulating a progressive politics of place, she shaped a passionate belief that unequal spatial relations could, and should, be different.

Spatial Divisions of Labour (1984) demonstrated that a Marxian approach to uneven regional development and capitalist production could be combined with an attention to the dynamic trajectories and cultures of particular places. The essays in Space, Place and Gender (1994) brought a feminist perspective to the rethinking of power relations. Her concept of “geometries of power” drew attention to the ways in which different people and places experienced processes such as globalisation.

Central to her contribution was her “relational” approach to understanding space and place. Rather than seeing space dispassionately as a surface on which phenomena were distributed, she theorised space in a much more lively and contested way as a constellation of different trajectories of activity.

While she saw the role of capital as significant in the production of space, she viewed it as having a less determinant role than other radical geographers, notably David Harvey. This position was informed by a politically hopeful stance. If space was unfinished and in the course of being produced, she argued that there was also the possibility for it to be politicised and created in different and potentially more equal ways. In her article A Global Sense of Place (1991), she proposed that places were still significant and were being reworked through processes of globalisation rather than annihilated by it.

A vivid discussion of Kilburn, the area of north-west London where she lived, demonstrated how it was impossible to understand the district “without bringing into play half the world and a considerable amount of British imperialist history”. Her account of walking down the Kilburn High Road, talking to her newsagent during the Gulf war of 1991 – “silently chafing at having to sell the Sun” – brought these connections to life. Other places, she argued, such as the City of London were significant in producing neo-liberal globalisation. A central political task could be to challenge the “current construction and role of a place”, a view that encouraged her engagement with movements such as Occupy London and Take Back the City.

Her involvement in support groups during the 1984-85 miners’ strike shaped her appreciation of the way gender, sexuality and race could reconfigure understandings of class. Discussions in the early 80s with her friends Stuart Hall, Chantal Mouffe and Ernesto Laclau informed the inventive political analysis associated with Marxism Today. In 1995 she co-founded the journal Soundings with Hall and Michael Rustin to develop this open left intellectual position.

Born in Wythenshawe, Manchester, Doreen was the daughter of Nancy and Jack, who were immensely proud of her achievements. They had both left school in their early teens and were keen that Doreen and their other daughter, Hilary, should have greater educational opportunities. Nancy, who had had to become the family’s breadwinner after her father’s early death, was a secretary and then a PA. Jack worked as the groundsman at the Northern Lawn Tennis Club, known as the Wimbledon of the North for the excellence of its grass courts. They both continued their own education through night school.

Doreen went from Manchester high school for girls to St Hugh’s College, Oxford, where she gained a first in geography, and became more politically aware. Between 1968 and 1980 she worked at the Centre for Environmental Studies, researching into urban and regional problems, and a sabbatical enabled her to study for a master’s at the University of Pennsylvania (1971-72).

She was also fiercely committed to the Open University, which in 1982 appointed her professor of geography. She remained there until and beyond her formal retirement in 2009. Her work with her friend and colleague John Allen on thinking through the relations between the social and the spatial made OU geography intellectually vital.

Through co-editing Geography Matters (1984) and developing popular courses such as The Shape of the World and Understanding Cities, Massey had an influence on teaching and scholarship beyond the OU. This culminated in her powerful advocacy of thinking spatially in For Space (2005) and her assessment of London’s role in shaping regional and global inequalities in World City (2007).

Despite being a proud Mancunian, she was a fan of Liverpool FC. She would often go to matches with Hilary and was a frequent visitor to her sister’s home in the Lake District. On match days you might find them in a foggy valley singing You’ll Never Walk Alone to the sheep. Massey loved walking, bird-watching and the night sky.

Her many honours included the Prix Vautrin Lud, regarded as geography’s Nobel prize, though she declined the offer of being appointed OBE. It was the political impact of her work that she valued most, as when Hugo Chávez’s government in Venezuela adopted challenging geometries of power as one of the motors of its Bolivarian Revolution.