Our research activities involve using lasers to cool down atoms at very low temperatures (below 1 mK) and arrange them in space using "tweezers" made of light. A fluorescence image of the optical tweezer.

When the atoms are prepared in this way, we can exploit and control their quantum behaviour to investigate how quantum properties like superposition and entanglement can be used to design future quantum technology (quantum computers, quantum sensors). Essentially, cold atoms can play the role of quantum bits of information, a.k.a qubit and many atoms arranged in space could build a quantum register. Logic operations (or logic gates) will be activated by controlling the qubit's state with laser light. 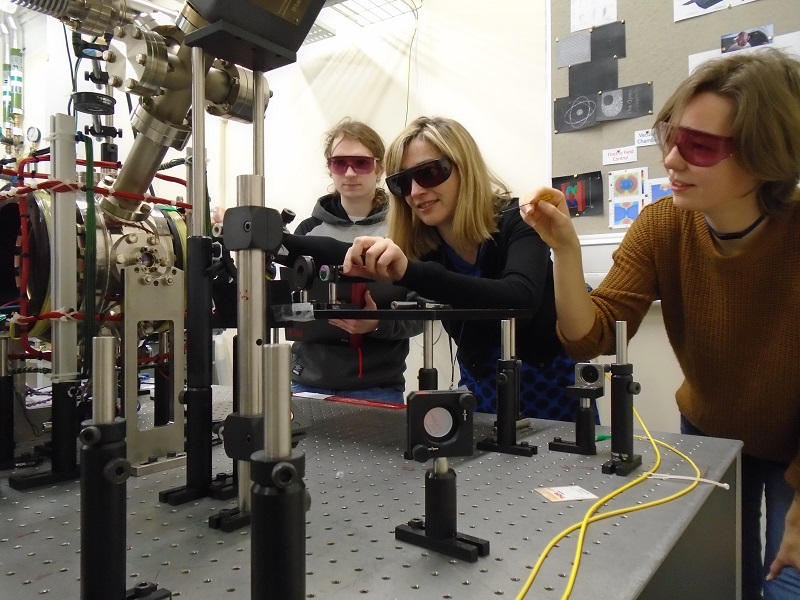 Our project aims to implement for the first time with cold atoms a protocol called Deterministic Quantum Computation with one qubit, or DCQ1. This protocol is designed to solve some problems that classical computers cannot handle efficiently, whilst requiring moderate “quantum resources”.

At present, no single feature of the quantum world has been identified as the source of the computational enhancement, efficiency and speed-up of quantum technology. Whilst entanglement is widely recognised as a key resource in quantum technology, an exponential advantage over classical technology can be achieved without it in the presence of non-classical correlations. Furthermore for specific tasks separable states with discord have been proved to be even more efficient than entanglement. 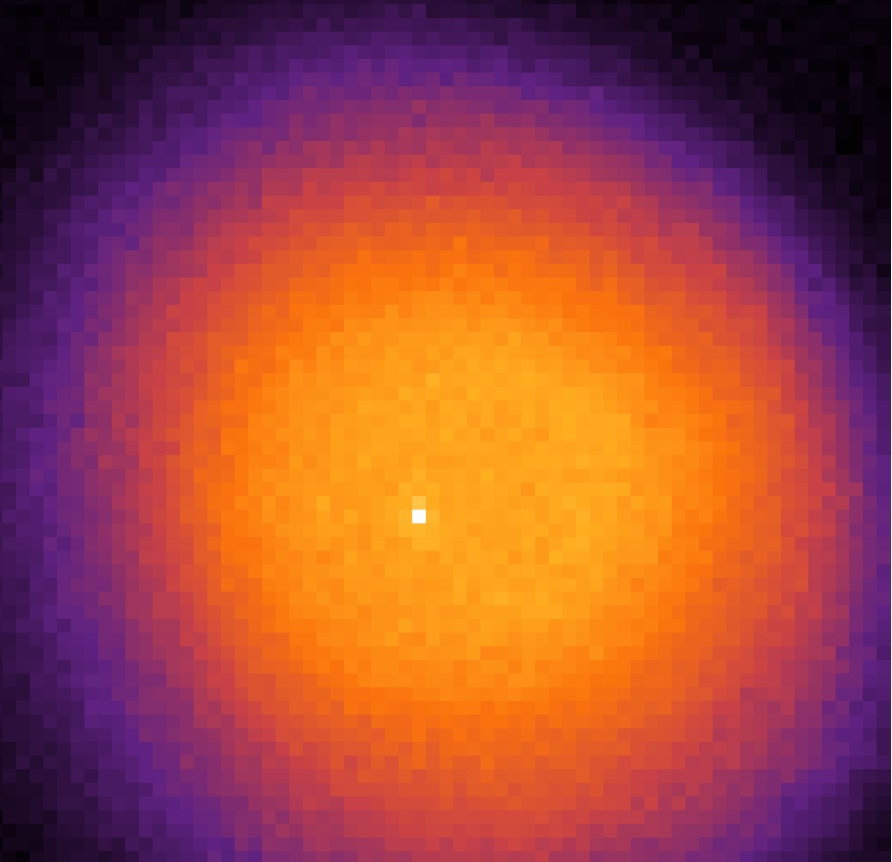 The dynamics of entanglement and discord differ considerably, with entanglement being extremely fragile towards decoherence (even undergoing entanglement "sudden death" ) and discord being much more robust. Since decoherence is a major hurdle to the development of quantum technologies, the investigation of discord is a promising route for progressing the field.

Whilst discord has been proved to be a valuable resource for speed up of specific computational tasks and for being robust towards decoherence, the more general demonstration that discord can provide computational enhancement for any computational task has not been provided.This makes discord a very controversial asset for quantum information processing, although it is widely recognised that if one day it could be made of use for quantum computation, the impact would be truly ground-breaking.

Part of the apparatus, showing the vacuum chamber with optics inside. On the right part of the optical imaging for the microscopic dipole trap.

The goal of this project is to experimentally investigate the physics and the computational power of quantum discord in many-atom ensembles for a specific algorithm that performs the normalized trace estimation. We will be using the DQC1 model to compute sums over extremely large strings of numbers, which make the computation classically intractable. As an illustrative example, consider one hundred atoms trapped in an optical dipole trap. A unitary operation on these atoms would be described by a 2^100-by-2^100 matrix. Finding the normalised trace of this matrix is equivalent to adding up 10^30 numbers, which is a task that is classically intractable: modern supercomputers can perform 10^12 operations per second and therefore it would take about the age of the universe to have the same task. This is potentially transformative because quantum discord has not yet been studied in systems with large Hilbert spaces, and the successful demonstration of the exponential speed-up of the computational capability w ould be a major leap forward in the field. The ultimate impact of this research idea would be to gain a variety of experimental insights into, and thus a deeper understanding of, the quantum correlations that would be present in all quantum systems.