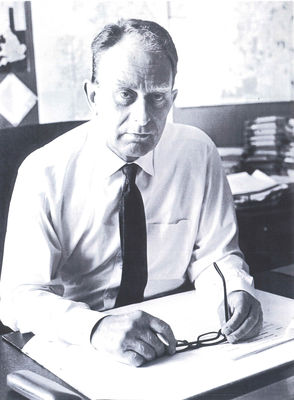 In 1972 Jane Nelson, the first Staff Tutor for the newly opened Belfast Regional Office of The Open University, received a phone call urging the OU to provide courses for the internees in the Long Kesh Internment Camp on the site of a disused World War Two airfield near Lisburn. Listen to the first audio clip on this page to hear Jane's account. Internees had no legal right to education so fees were paid for 10 internees in 1972 and 1973 by the voluntary organisation 'Between', based in Cork. Study facilities were non-existent but Jane and her OU colleague Bill Lindsay persuaded the Northern Ireland Government to provide a study hut.

By 1972 the prison for remand and sentenced prisoners, Crumlin Road Gaol, was full to capacity. That year Republican prisoners staged hunger strikes for political status which was effectively conceded by the British Government in the form of Special Category Status. Long Kesh Internment Camp was extended to house sentenced Republican and Loyalist prisoners. They were housed in Compounds, also described as 'Cages', according to their political and military affiliations.

The following year in 1973, shortly after his appointment as Regional Director of The Open University in Northern Ireland, Gordon Macintyre attended a meeting which led to OU courses now being formally offered by the Prison Authorities to students in the Compounds in a planned, official manner. In his written account of the period, Gordon describes a meeting between:

Billy McKee... Officer Commanding the Provisional IRA [Irish Republican Army] in the prison; Gusty Spence, Officer Commanding the UVF/RHC [Ulster Volunteer Force and Red Hand Commando], and the Officers Commanding the Official IRA and the UDA [Ulster Defence Association]... No Prison Officer was present. The four men clearly knew each other, and treated each other, and me, with great courtesy and respect. All the men testified to the need for educational facilities within their ranks, and it seemed in keeping with this rather extraordinary occasion that I undertook to represent them all in passing on their pleas to the Northern Ireland Office.