The Overlooked Science of Communicating Science 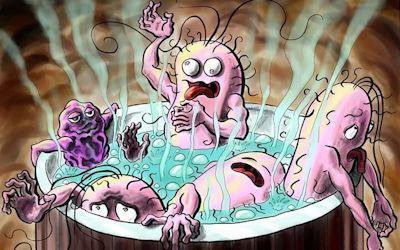 I must have been a fifth year pupil when I first visited a Natural Science Museum. I still remember my excitement describing to my classmates how I had spent my summer holidays: It was our first family trip to Paris, spending two full weeks sightseeing. ‘What did you see in Paris?’ my teacher asked and I believe I must have talked for fifteen minutes about the Natural History Museum in Paris, a beautiful building filled with Science, presented in an incredibly engaging way, not only to youngsters but to adults as well. ‘Didn’t you go to Disneyland?’ a classmate asked. Of course, I had. And it was fun. My enthusiasm, however, lay with the evolution of Mankind, the birth of the Universe, the discoveries and inventions. At the time, I was not particularly a documentary lover, neither did I enjoy science fiction films and books. Nonetheless, my visit to that magical place meant to define my professional future. I wanted to do this, and this was firmly decided. ‘This? Do you want to become a scientist, then?’ the teacher suggested. I didn’t know. Well, not necessarily becoming a scientist, but I really wanted to be able, one day, to tell stories to other people about our amazing scientific and technological achievements. If becoming a scientist were what it’d take, I would do it. My school teacher, however, has been quite right. It is indeed a science on its own to be able to communicate to the general public the mysteries of science, in such a way that they cease to be mysteries and become knowledge, sometimes sinking in so profoundly that could be life-changing to people, as it has been in my case. 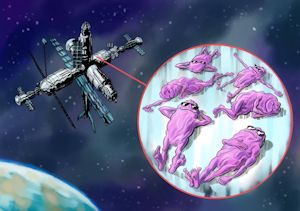 Why do we, scientists, write lay abstracts of our papers, participate in Science Days, school and community events? Communication and outreach activities are for most of us a service that comes with the job. Funders and stakeholders often require it; The general public are taxpayers and they need to know what they pay us for; It is part of our checklist for promotion, and sometimes it is an acknowledgement of our achievement.  Nobler causes are always present of course; Our endeavours are with cultivating confidence in all members of society, inspiring children, encouraging future scientists.  Most of the times, however, we engage in outreach activities because we simply want to do them, and we highly benefit from them. Science communication to the public is a very rewarding experience, and little has it to do with the altruistic feelings of the scientist. The interaction with the public offers an out-of-the-box thinking, new ideas and perceptions. It is a constant valorisation of the relevance of the science we are conducting, it is the feedback we would never receive from peers and funders. Mankind, since the very beginning or our organised societies has been asking questions that were afterwards explored and answered by the most inquiring minds. These answers, however, have always returned to the society and new questions have been formed, to be investigated. This interaction has been a funding stone for human civilisation, the hand-in-hand evolution of society and science. That said, we do it because our discoveries or advancements do not belong to us. They are part of the common repository of knowledge, and the latter can be nothing but accessible to anyone and understood by anyone. 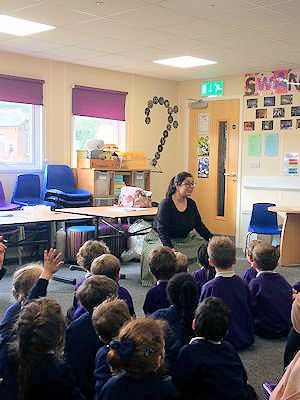 Our biggest challenge as scientists lies surely with this widely held comprehension. How can we do it? In some cases, we need to unlearn a very valuable and strenuously acquired skill: that of using jargon effectively and concisely. After applying this skill for years, one realises it has overwritten their ability to narrate, to amuse or entertain. It is only normal we do not write scientific papers or prepare conference presentations to amuse our audience. Our peers are there to discuss our findings, challenge our methodology and promote our theories. We are taught to do that effectively, we are not trained to story-telling. We also need not to bore: try reading a paragraph of a scientific paper late at night in bed without falling asleep. The complicated language and the condensed information demand even the most trained scientific minds to read over and over again a fifteen-line sentence to understand it. However, this precious knowledge that densely populates a scientific paper can and -I dare say- must become accessible in its whole. Furthermore, rapidly advancing technology leads to countless findings and numerous discoveries by the day. Communicating them in the rhythm they are produced is one of the biggest tasks of our generation of scientists.  How could we achieve successful communication of large and complicated data? This is where the science of communicating science is put centre-stage. We, scientists, are challenged to learn how to disentangle rather than to simplify. As Richard Dawkins once put it: ‘I want very much to communicate science to as wide an audience as possible, but not at a cost of dumbing down, and not at a cost in getting things right’. We are asked to explain and not to mislead. To overcome prejudice without offending beliefs and cultures. To unfocus and refocus. And we are often required to learn the communicating science with the same devotion and perseverance as our own field of expertise.

Regardless the necessity and the everyday challenges, the existent but underlying science of communicating our findings is widely overlooked, both by scientists and the public. A favourite author of mine, Sean Caroll, who happens to be a theoretical physicist but also a master of popularised science has acknowledged the issue: ‘A full understanding of what happens in our everyday lives needs to take into account what happened at the Big Bang. And not only is that intrinsically interesting and just kind of cool to think about, but it's also a mystery that is not given much attention by working scientists; it's a little bit underappreciated’. Underappreciated or overlooked, the Science of Communicating Science is there: present in an entertaining book or in funny documentary; in social media pages; in the magical world of a Natural History museum; in a colourful classroom. 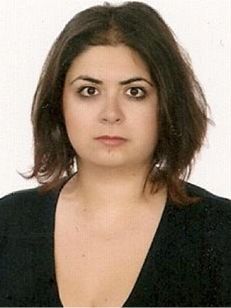 Dr Sevi Filippidou
is a PDRA in the School of
Environment, Earth and Ecosystem Sciences
at the Open University