The OU in Scotland played host to members of the BEERS (Benefits of European Space Agency’s Exploration Roadmap in Socioeconomics) team (Manish Patel, Leslie Budd, Vic Pearson and Martyna Hodges) at an event which attracted guests from across Scotland’s space sector.

The event was intended to demonstrate the viability of the methodology the BEERS team have developed as part of their €350K contract with European Space Agency (ESA) to investigate and evaluate the socioeconomic benefits of ESA exploration missions. Their unique approach to socioeconomic analysis has the potential to be applied to other space-related activities, such as the growth of Scotland’s Spaceports, and so members of the Scottish space community were invited to meet the team and hear more about the research they have been undertaking.

The panel discussion that followed presentations from the team identified a number of areas where the BEERS approach could be applied and clear links have been made for future ventures. The team will be returning to Scotland to build on these new links and anticipate further opportunities in the future. 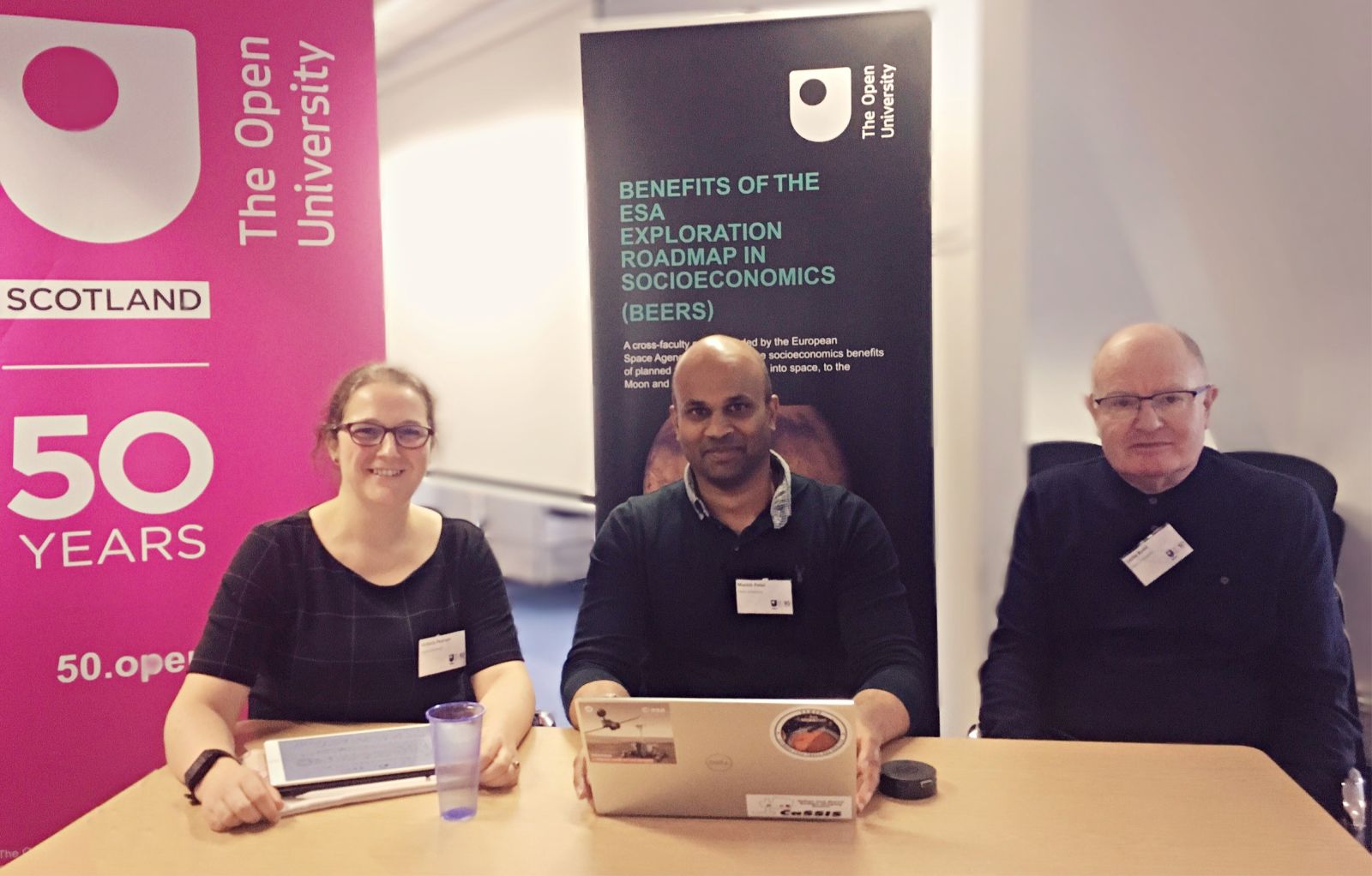