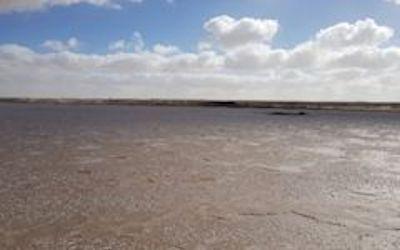 In February of this year (2019), Ben Stephens, the lead research technician, and Dr Michael Macey went on a Europlanet funded research trip to the Western Saharan salt flats.The site was selected as an analogue for the salts on the surface Mars. Their aim was to collect salt crystals from the surface of these flats, as well as from cores, to identify microbes that can survive in this environment and the mechanisms that they use to do so. Michael recounts the trip:

After arriving in Laayoune we were met by our collaborator, Gian Gabriele Ori, who has previously been a team member on Europlanet trips to Western Sahara and Ethiopia, and who was essential for being able to complete our research on the trip. 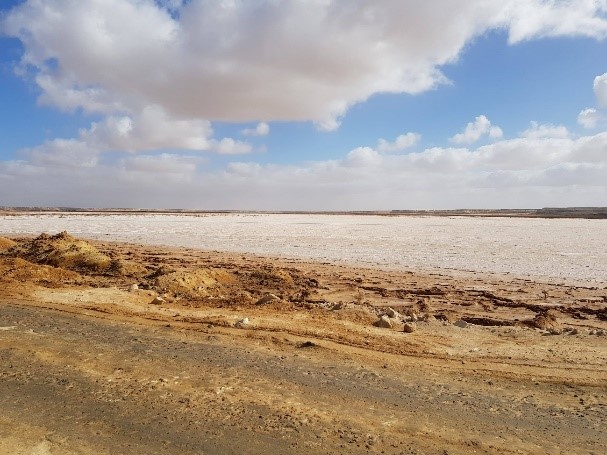 As we drove on to find the other sites, we came across a river that had not had running water for decades. This river signified the significant increase in rainfall which resulted in the shrinking of the salt flats, replacing the outer margins with sand dunes. We found that this greatly impacted on our ability to reach the other salt flats. We therefore decided to split the group with Ben and I heading off on foot. 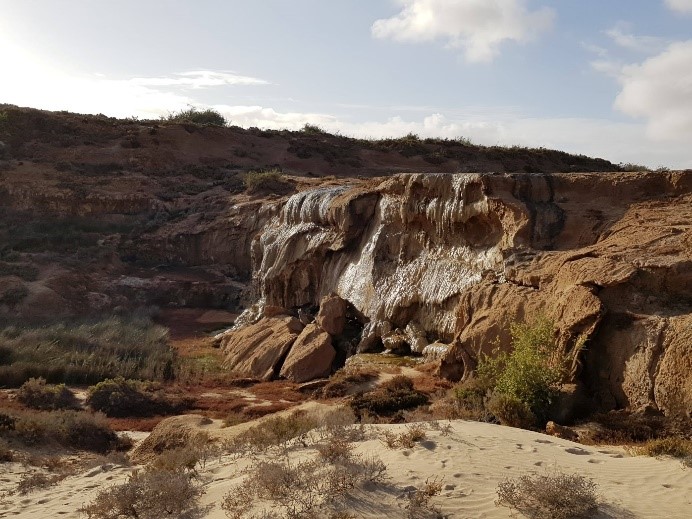 The other two sites provided the opportunity for extensive sampling of salt crystals, cores and water samples. One of the sites was waterlogged so analysing this site will provide an opportunity to not only research microbes surviving in these salt flats, but to assess the impact of the shift in climate in this region. 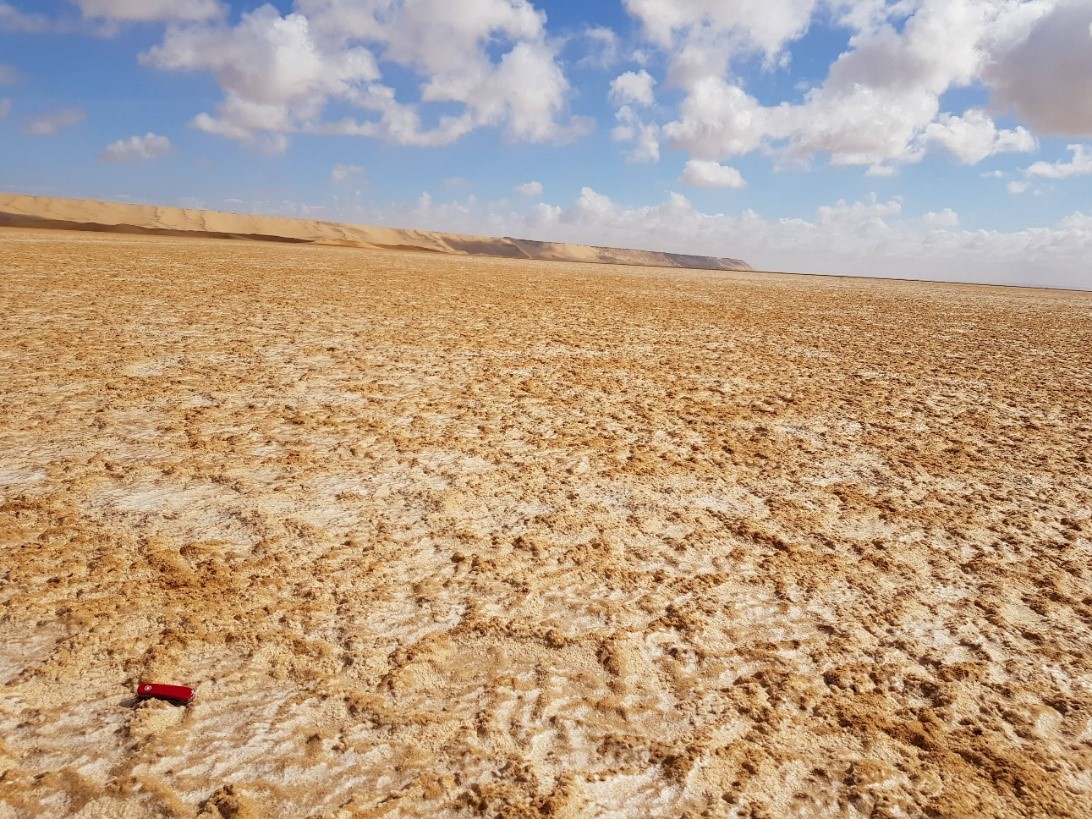 A key lesson that was reinforced from this research trip was the old scout adage, “always be prepared”.

We have been successful in extracting the DNA and RNA from the samples collected and are currently working on isolating some of the microbes that we have detected growing in these novel and unstudied research sites.