I’ve no idea how many books I’ve read in my life. I know I started young and read avidly from the age of five. My earliest reading focused around magic and adventure, and I developed a passion for Roman warfare via the medium of Rosemary Sutcliff. The obsession with the details of shield deployment in a battlefield situation has faded; the love of reading that transports me to an unfamiliar place has not. 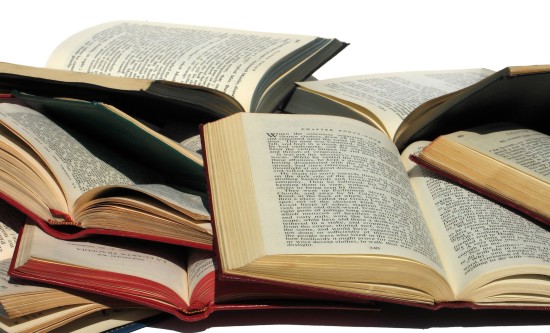 Here are three books that stand out from the rest:

The book I remember from my childhood

My common law step-grandfather gave me a boxed set of all the Narnia books when I was seven. I loved and re-reread them all, but the one that blew me away was The Magician’s Nephew, by C.S. Lewis, the tale of two Victorian children who travel back to the Genesis of Narnia. (I had yet to make the discovery that all of these books were Christian allegories, though very little seems to be under the radar when I look back on them now.) What I liked best was the evocation of lost London, in particular the attics that connected a row of tall houses, and the way in which Lewis boldly sets out his own Creation story, with Aslan breathing the new Narnia into being. It seemed that anything was possible, anything could be described in a book, and I found that so exciting.

It’s impossible to be accurate about this, as these things do shift around as you find new things, but I keep coming back to Emily Bronte’s Wuthering Heights, which recently took a bit of a drubbing among some of my Facebook friends for its poor plot structure.  There is a danger in teaching creative writing that you might suggest that there are absolutes in writing, when I would say there are just two – read a lot and write a lot – and this book is proof of that.

This is what I wrote on Facebook in its defence: ‘It’s not a sensible book at all, but so mad and intense that it creates its own weird magic space, unlike anything. Charlotte Bronte’s books, crazed as they are, are positively Austen-like in their restraint compared to this one.’ What stays with me from this book is its character, the moor, the intensity of teenage passion, something bleak and mysterious that doesn’t make any sense. It’s my ultimate recommendation (today) because of this – few writers can communicate the essence of obsession and contrariness as Emily Bronte does in this book. And I also actually love the Russian doll structure, tales within tales, the enjoyment in a story told by a fireside with the wind howling outside.

The book I am reading now

I’m currently reading Reality Hunger by David Shields, which is opening my eyes to the extent to which my own genre of writing, historical fiction, overlaps with creative nonfiction as well as fiction.  I’d describe this book as an opinion-starter, and it’s a bit ‘novel is dead’ (or at least in intensive care) for my taste. I think the novel, literary or generic, will absorb all comers – the success of Karl Ove Knausgaard’s maximalist My Struggle series is an example of fiction that encompasses many of the tropes and conventions of nonfiction.

This entry was posted in Reading pleasures. Bookmark the permalink.

One Response to Three Books