‘The Antipodes’ by Annie Baker at the National Theatre

In his monumental study, The Seven Basic Plots, Christopher Booker identified the seven types of story that, he argued, recur time and again, in everything from fairy tales to Hollywood blockbusters. Booker’s is one of several well-known storytelling theories that make fleeting, uncredited appearances in The Antipodes, the new play by the Pulitzer Prize-winning American playwright Annie Baker, currently making its UK debut at the National Theatre in a production co-directed by Baker herself. An enigmatic, elusive exploration of storytelling, The Antipodes is set in an anonymous boardroom where six writers are attempting to develop some kind of epic new show about monsters. The writers have been hired by a legendary showrunner called Sandy (played, in a piece of inspired casting, by Conleth Hill from Game of Thrones) and their job, Sandy explains, is to tell each other stories – any stories – until something leaps out. 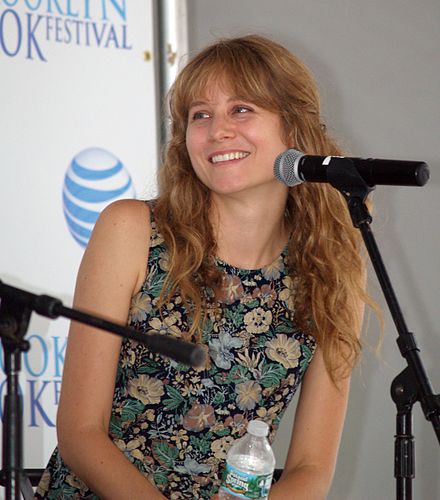 The writers take to their task with relish, telling stories about everything from childhood traumas to their greatest failures, tossing out monster ideas and crackpot theories of time. In Booker’s mythic terms, they are on a quest, albeit a very modern sort of quest in which no leaves the room, where boxes of Evian are stockpiled as if anticipating the kind of apocalyptic weather event that does, in fact, arrive.

It is never clear what the writers think they are doing, or how Sandy expects this process to result in a new work of art. As a method of creation it’s a bit like running a writing workshop in which everyone types out their favourite story until inspiration strikes. Which is not quite as mad as it sounds. The novelist Joseph O’Connor learned to write by obsessively copying John McGahern’s ‘Sierra Leone’ in longhand, gradually altering, reshaping and rewriting until he’d made it his own. In a storytelling landscape heavily populated by screenwriting ‘gurus’ who, as John Yorke puts it in Into the Woods, insist that ‘there must be an inciting incident on page 12’ (Yorke, p. xii) but can’t explain why, Sandy’s method may be as good as any other.

Besides, some things bode well. Some of the writers have been through Sandy’s ‘process’ before, with apparent success. One of them is part Icelandic, which seems promising to a room full of writers in search of the epic, and then there’s Adam, who is at least named after a character in one of the most famous stories of all. And yet, suffice it to say, things do not go to plan. As the writers reel off anecdotes – funny, strange and banal – eat, doze, and bicker over how many stories types there are (Booker’s seven, or George Polti’s 36?), the chances of Sandy’s monster show going into pre-production begin to look increasingly remote.

Any play about storytelling will inevitably be judged by its own ability to tell a story, and in this respect, The Antipodes doesn’t quite deliver in its season finale. Baker’s frame of reference is dizzyingly broad. As a story about a group of strangers trapped in a room, telling stories, The Antipodes nods to everything from The Decameron to Samuel Beckett’s Waiting for Godot – where Godot is both the studio boss (Max) who will either green light Sandy’s project or pull the plug, and inspiration itself. Perhaps it’s a version of Sartre’s No Exit, in which hell is listening to your colleague crack boiled eggs on the table and eat them (an allusion, perhaps, to the Chinese creation myth printed in the programme notes). But The Antipodes is also more than that. It’s a satire about writers who never do any writing (some readers may wince), about screenwriting psychobabble and the money pits behind television’s much-vaunted ‘golden age’. And it’s a play about gender politics in the #MeToo era, in which Eleanor, the only female writer in the room, is subjected to insidious forms of aggression from her (faintly monstrous) male peers. It’s about all these things, but above all it’s a play about the business of creation – what fuels it, where it comes from, and how it works.

Baker is far too interesting a writer to answer the questions she raises, or conform to screenwriting diktats about story shape, but as the play progresses the rich stew of ideas comes to feel a little undercooked. Tensions within the group never quite come to the boil, plot threads are picked up and discarded, as if Baker is dramatising her own struggles with creation, and while, in the end, we do get crisis, climax and resolution (John Yorke would approve), what any of it might mean remains frustratingly out of reach. But perhaps it’s fitting that a play (at least in part) about creative failure might itself stop just short of success.

The Antipodes runs at the National Theatre until 23 November

Yorke, J. (2013), Into the Woods: How Stories Work and Why We Tell Them London: Penguin