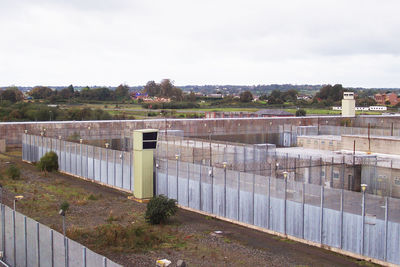 On 25th September 1983, just before the OU exams, there was a mass escape involving thirty-eight Republicans from the H Blocks, leading to an immediate shutdown of the prison. From that time all teaching in the H Blocks had to take place in a classroom in the 'wing' of the Block where the student was located. This meant OU tutors travelled across up to sixteen locations in the H Blocks to deliver tutorials. Prison Education Officer Harry Hughes describes this situation in the first clip on this page. By contrast, students in the Compounds studied together in a communal study compound.

From 1984 numbers of students studying the OU in the prisons increased. Republicans in the H Blocks and at Armagh Gaol took up prison education courses and OU study after the ending of the Blanket protest. This was the aftermath of the 1981 Hunger Strikes in the H Blocks in which ten Republican prisoners died. Raymond McCartney describes this period in the second clip on this page.