One major facet of astronomy research at the OU is the study of stellar astrophysics. This is accomplished via a variety of means, including theoretical investigations employing sophisticated population synthesis codes and observations made across the electromagnetic spectrum with world-leading facilities including The European Southern Observatory's Very Large Telescopes (VLT), the Hubble Space Telescope (HST), the Southern African Large Telescope (SALT), and the Atacama Large Millimetre Array (ALMA). More detailed descriptions of some of our research projects can be found below. We also deploy our fully autonomous robotic telescopes in Tenerife (COAST and PIRATE) for monitoring and surveying of bright targets.

Stellar winds and binary interactions are not the only mechanism by which stars may lose mass - as stars approach the Eddington limit, dynamical instabilities can  initiate transient eruptions during which tens of solar masses may be lost over years to decades. These are the  so-called luminous blue variables (LBVs), of which Eta  Carinae is the most famous example. LBVs have received much interest recently given  their identification as the direct progenitors of some of the most luminous type-IIn core-collapse    SNe ever detected - a finding that directly contradicts current stellar evolution theory. Clark has a  long standing interest in studying LBVs and their transient eruptive episodes, both in the Milky Way  and external galaxies, which  more closely resemble the host galaxies  of highly luminous type IIn SNe. In our own galaxy the proximity of sources enables us to resolve their ejection nebulae, providing a `fossil' record of the long-term mass loss history of their host stars, while multi-object spectrographs and  robotic  telescopes allow us to mount monitoring campaigns covering whole galaxies and multiple LBVs in   order to characterise the duty cycles and  properties of the eruptive events, which both lead to mass ejection and appear to pressage the death of some LBVs as core-collapse SNe. 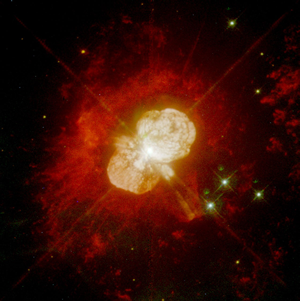 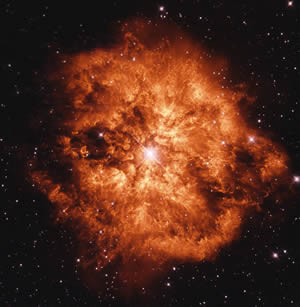 Monitoring the variable Sky: searching for electromagnetic counterparts of gravitational wave sources and other transients

The Nobel Prize winning discovery of gravitational waves by LIGO in 2015, and the discovery of gravitational waves from a binary neutron star merger in 2017 by LIGO and Virgo, was accompanied by an extensive observing campaign searching for electromagnetic counterparts of these gravitational wave sources. We have configured our Tenerife-based robotic telescope PIRATE to autonomously respond to gravitational wave alerts by imaging a mosaic of the on-sky gravitational wave source error ellipse. We were a signed up partner of the LIGO/Virgo EM consortium during the O1 and O2 LIGO observing runs, and will continue to search for counterparts using public alerts in O3. This wide-angle survey serendipitously reveals numerous other transients and variable sources for further study. We also follow up Gaia Science Alerts, with a particular focus on cataclysmic variables and microlensing sources. The frequency and characteristics of binary microlensing events provide diagnostics for the ubiquity and parameter distribution of multiple stellar systems, and holds potential for the study of circumbinary planets.

We conduct Galactic stellar and binary population synthesis studies with a focus on low-mass systems, and on modelling observable population characteristics of eclipsing binary stars such as those in the Kepler Eclipsing Binary Catalogue. Comparison with observed samples allows us to constrain ill-understood physical mechanisms affecting the formation and evolution of single and multiple stellar systems. Gaia Date Release 2 represents an important calibrator for population models and signals a step change in the diagnostic power of the population synthesis approach. 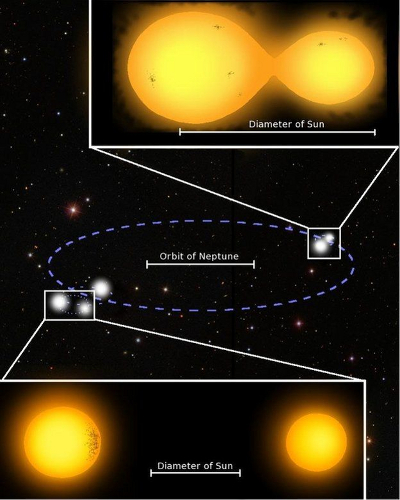 We lead efforts to mine large photometric data archives, such as that of SuperWASP, to investigate aspects of stellar variability and multiplicity. Recent highlights have included the identification of over 140 eclipsing binaries near to the observed contact binary short-period limit (i.e. with 4.5h < P < 5.5h), increasing the known population of such stars by an order of magnitude. A more general survey of SuperWASP eclipsing binaries allowed us to characterize orbital period changes in almost 14,000 systems and so determine their higher-order multiplicity fraction as around 24%. We also carried out the systematic investigation of 10-year lightcurves of a dozen eclipsing post-common-envelope binaries which has revealed coherent eclipse timing variations in 4 systems, providing likely evidence for circumbinary objects (possibly planets) in each case. Another survey led to a catalogue of almost 5000 RR Lyrae stars, of which nearly 3000 were newly recognised, and the identification of almost 1000 Blazhko effect systems, of which around 900 were newly recognised as displaying this phenomenon, including 20 or so displaying extreme amplitude modulation. The SuperWASP archive has also allowed us to uncover intriguing, unique objects, such as the only known doubly-eclipsing hierarchical quintuple system and the highest amplitude, and brightest, semi-detached eclipsing binary containing a delta Scuti star. These objects inform our understanding of how stellar systems may be characterised, as well as how they form and evolve.

A Citizen Science project at the Zooniverse website allows volunteers to classify the lightcruves of 1.6 million SuperWASP variable stars.