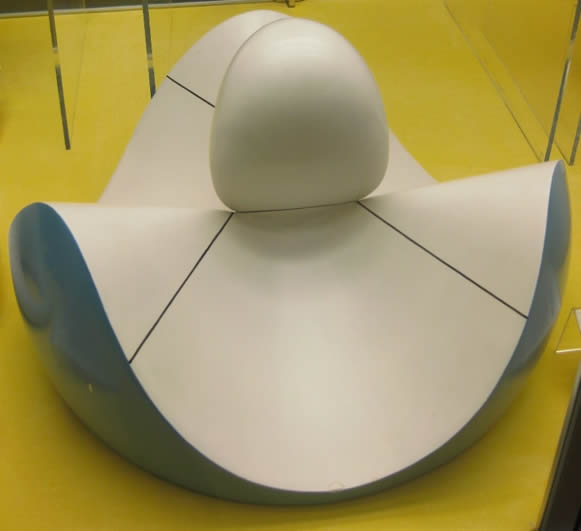 During the second half of the 19th century mathematicians began to construct physical models of complicated algebraic expressions representing the shapes of surfaces. These surface models, usually made of plaster of Paris, were a valuable tool for research and for teaching as well as being beautiful objects in their own right.  Many mathematicians took an interest in model-building, especially in England and Germany. Cambridge had its own modelling club, founded by Arthur Cayley, the Sadleirian Professor, with the ‘custodian of the models’ being the mathematical physicist James Clerk Maxwell. In Munich, Felix Klein and Alexander Brill supervised the work of several students who designed a large collection of models.

One of Britain’s most enthusiastic producers of models was Olaus Henrici, currently the subject of a study by June Barrow-Green.  German by origin, Henrici was educated in Karlsruhe in engineering and mathematics before making his career in London. While at University College London he established a workroom for his students which included facilities for the construction of geometric models.  In 1936 the English artist Edward Wadsworth used Henrici’s model of the cubic surface xyz = k3(x + y + z – 1)3, which was made in 1870 and on display in the Science Museum (London), as the source for a poster for the South Kensington Museums.

Several collections of 19th century plaster models have survived, notably in Oxford and Göttingen.  Today such models can be made using a 3-D printer.  Due to the strength of the material, nylon plastic, the models do not need a solid base like 19th century models and so they have the advantage that both sides of the surface can be seen.