Sally O’Reilly is a novelist and Senior Lecturer here at the Open University’s Department of English and Creative Writing, where her role as Media Lead has included editing this blog. Before Sally’s appointment as a Central Academic in 2014, she’d already worked here for many years as an Associate Lecturer. But Sally’s long relationship with the OU is about to evolve as she is now making the leap to fulltime writing. Ahead of her departure, Sally’s successor as Media Lead, Emma Claire Sweeney, has seized the opportunity to ask Sally about her recent research into climate change and creativity – an area where Sally hopes to continue collaborating with OU colleagues. 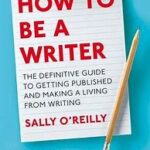 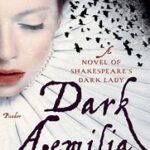 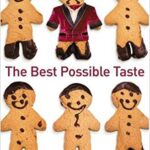 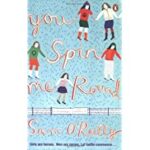 Emma: How do you think creative writing might play a role in addressing the societal challenges posed by climate change?

Sally: Like so many people, I am increasingly alarmed by the climate crisis and I also feel unsure what I can do to help. It’s hard to see a way in which any one person can make a difference, and there are two default settings – thinking about something else, or assuming a position of nihilistic fatalism. But what I’ve realised is that it’s not about any one person, it’s about the power of collective action and social change, and while one person is powerless alone, if you can start communicating with like-minded people, astonishing changes can be made.

And while, at first, I thought that trying to address these issues was something I must do outside my work and writing time, I saw eventually that writing creatively is directly related to the climate crisis, because writers can (perhaps) encapsulate what this means in human terms, and be part of a movement to reimagine the world.

I’ve talked about this in three videos recorded for the Faculty of Arts and Social Sciences:

Imaginative writing can seem like an adjunct, a ‘nice to have’, rather than being essential to society like (say) physics. But if you look at the way people turned to books, film and TV during the lockdown, you see how vital narrative is to everyone. So writing can both help people process what is going on, and help communicate the situation – but without pushing an overt ‘message’ because there we have another pitfall,  becoming polemical or seeming to preach.

Emma: Can you name a few contemporary writers who you feel have navigated this territory particularly well?

I really like the way that a fiction writers like Jenny Offill can play on our sense of unease by weaving alarming statistics about climate, preppers and the coming apocalypse into a contemporary realist narrative. It is the very ordinariness of the story that makes it terrifying.

Right now, I’m in the middle of a fascinating book called Being a Human by Charles Foster, which isn’t overtly about climate change, but about the way in which humans lived for many thousands of years, as Palaeolithic hunter gatherers. They lived long, healthy lives, their carbon footprint was zero and they produced visual art of stunning sophistication. Our view of modernity as being part of a post-Enlightenment process of constant improvement does not stand much scrutiny if you take the long view, and the despoliation of the planet is part of that. What’s particularly interesting about Foster, who is an extraordinary writer, a sort of modern William Blake, is that he bends genre in this book. Ostensibly, it’s creative nonfiction, but he brings in the ghost figures of a character named X and his son, spirits from the Palaeolithic age. His writing reminds me of both Ted Hughes and Alan Garner, the sense of the numinous in nature, the mystery in being. And Foster also embodies the meeting of scientific, empirical knowledge and creativity – he has studied veterinary medicine, he is barrister, and he has a wild imagination.

Emma: You curated this autumn’s Climate Change and Creativity series for the OU’s Contemporary Cultures of Writing research group. Tell us a bit more about this series.

Sally: I invited poets, fiction writers, scientists and activists to talk about how distilling observations about the natural world and telling stories relates to the present moment and our choices about the climate. I’m aware of my own ignorance here. My writing has not focussed on climate previously, and so it is as steep a learning curve for me as it is for anyone. But in the research I have done so far, I can see how this issue connects with so many other issues – racism, social justice, education, equality.

Emma: So your own research interests are changing in the light of these connections?

After I leave the OU, I will be working on a series of essays about the contemporary world and climate, working tranche title Eco Worrier. And my current novel explores Victorian attitudes to nature and the way in which the ancient, shamanic understanding of the natural world had its last gasp at that time. It’s a book that has led me down a lot of surprising, twisty pathways, like walking through an ancient forest. Or so I tell myself when my energies are flagging.

Emma: Another area of your research relates to diverse voices in historical fiction. Could you tell us a bit more about that? Are there links between this and your interest in creativity and climate change?

Sally: I’m in the process of putting together a collection of essays about difference in historical fiction, and the way that previously marginalised voices are now being heard in this genre. Two years ago, I would have said this was separate from my interest in climate, but now I see a close connection. If you read about the British Empire and the ruthless way in which the British colonised and exploited people and resources, you can see how the foundations of climate injustice were laid. The Industrial Revolution paved the way for global expansion, which traditional British histories have said made the UK the ‘workshop of the world’, but we did this at the expense of disenfranchised groups in Britain – women, children, the working class – as well as in the global South. And the roots of Empire go back to Tudor England, to those glamorous swashbucklers Drake and Raleigh, that period of history that now seems so brightly coloured and picturesque.

Emma: Now that you are leaving your current post at the OU to write full time, how do you hope your new relationship with the OU might develop?

I’d like to find a new way of working, writing books that have academic rigour in collaboration with academics, perhaps in other disciplines, and also writing novels that reflect the new way that I see the modern world. One of the poets at the first seminar, Kristian Evans, talked about the way in which writing makes us more present to reality, and helps us experience life with more intensity, more directness. I’d like to channel that, into reading, thinking and writing. And collaborating. Because as I was saying earlier, this has to be about collective action. Novelists are good at sitting on their own tapping out sole-authored books, and writing novels is still my priority, but I’ll be looking for creative collaborations with OU colleagues whose interests relate to mine. I’d like to follow Foster’s example and work at the interface between fiction and nonfiction, a way of writing that seems particularly resonant at this time, when the facts are so extraordinary that processing them is an imaginative challenge.

2 Responses to Climate Change and Creativity: Interview with Sally O’Reilly