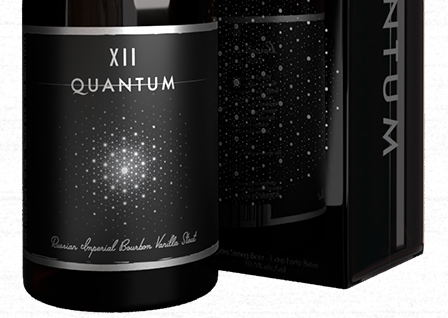 The label of Quantum is a computer-generated diffraction image of a planar tiling with fivefold symmetry. It resembles images obtained using electron diffraction by Nobel Prize winner Dan Shectman for his discovery of quasicrystals.

Uwe was a mathematician from the Open University who worked with Michael Baake on the subject of aperiodic tilings. He died unexpectedly in Autumn 2021.