History of Women in Mathematics 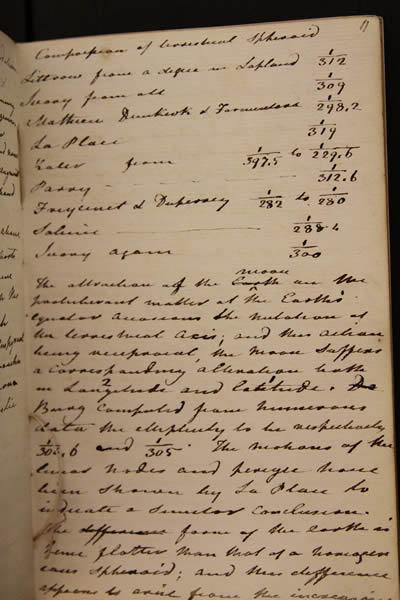 Estimating the ellipticity of the earth: a page from Mary Somerville’s notebook. (Courtesy of Somerville College and the Bodleian Library)

Although women have contributed to the development of mathematics for thousands of years, they are often under-represented in the histories told. Focusing mostly in Western Europe and on the eighteenth century onward, we investigate the work done by women and its impact on wider mathematical developments. We also consider broader issues such as: how women were educated in mathematics, or more often how they educated themselves; the ways in which access to mathematical knowledge and instruments was affected by gender; and how a mathematician's gender affected the type of work they produced, and the ways they have since been remembered. Our research group has looked specifically at Mary Somerville (1780-1872), Sophia Kovalevskaya (1850-1891), and women in aeronautics during WW1.