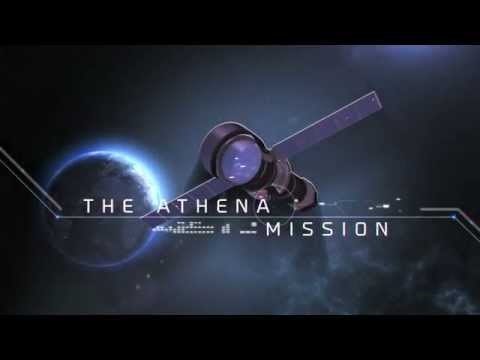 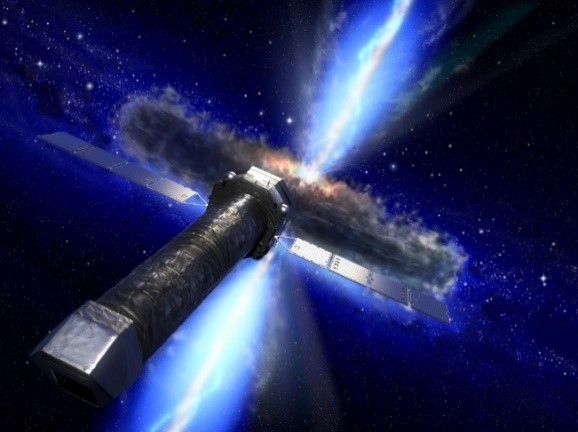 The Advanced Telescope for High-ENergy Astrophysics (ATHENA) is one of the European Space Agency’s (ESA) three currently ongoing Large (L-class) missions and represents a new milestone for X-ray astronomy. The other L-Class missions are JUICE, the JUpiter ICy moon Explorer, which also involves the CEI, and LISA the Laser Interferometer Space Antenna, that will measure gravitational waves.

ATHENA is expected to launch around 2030 and should be capable of observing sources an order of magnitude fainter than previous X-ray missions such as XMM-Newton or Chandra while also providing many advances such as a significantly improved time resolution and spectral resolution. The state-of-the-art technology present will mean that ATHENA will be able to survey X-ray sources in more detail and deeper into the universe than ever before.

ATHENA aims to investigate a broad range of science goals over its 4-year lifespan as part of ESA’s ‘The Hot and Energetic Universe’ science theme. These range from investigating the fundamental physics of black holes to understanding how matter in the universe assembles into large scale structures throughout the universe. ATHENA will use two primary science instruments to do this, the X-ray Integral Field Unit (X-IFU) and the Wide Field Imager (WFI).

While the X-IFU will provide high energy resolution measurements of individual X-ray sources, the WFI will be used to create large scale surveys of X-ray sources with its larger field of view of 40 arcminutes x 40 arcminutes. The CEI is working closely with institutions around the world to develop graded-Z shielding designs that can minimise background signals in images that could be caused by radiation sources other than the target. 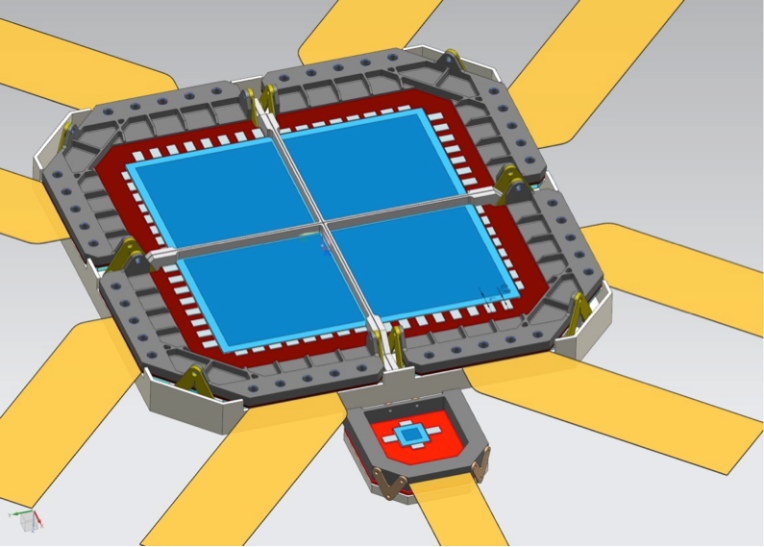 Radiation in the Solar System, and its Effect on Detectors

ATHENA will orbit the L2 point of the Earth-Sun system, meaning that ATHENA and the sun will always be on opposite sides of the Earth. However, outside of the protective environment of Earth’s atmosphere and magnetosphere, ATHENA will be exposed to both the solar wind and cosmic rays. The ambient radiation in interplanetary space consists of a combination of photons, electrons, protons, and larger atomic nuclei, and can damage components in the spacecraft or induce background noise in images capable of obscuring sources and reducing the scientific capabilities of a detector. Most radiation is sufficiently low energy that it can be blocked using a significant mass of shielding, but some radiation is energetic enough to pass through shielding of any practical thickness.

Some background events created by high energy charged particles travelling through a detector can be removed through the use of image processing; the charged particles create visible tracks through images that look very different to X-ray events, which are point-like. However, some high energy charged particles also cause the internal spacecraft surfaces surrounding the detector to emit lower energy photons or electrons generally referred to as secondaries. This lower energy radiation can appear identical in the detector to X-rays from the sources that the detector is attempting to observe, adding systematic and statistical error to scientific observations.

If the X-ray-like background is too high, it can obscure distant X-ray sources, meaning sources in the distant, early universe may be lost from images.  These sources would otherwise enable us to improve our understanding of the evolution of the universe. Therefore, efficient mitigation of this background is essential for maximising the scientific output of ATHENA. 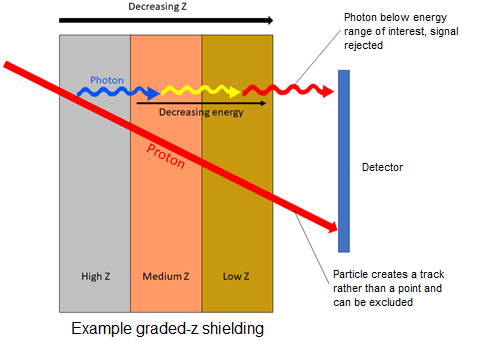 The CEI is currently developing the ‘graded-Z shielding’ for the ATHENA WFI, aiming to minimise the X-ray-like background. Here, Z refers to the atomic number of the element; multiple layers of material are used with high-Z on the outside and lower-Z materials making up the inner layers.

High-Z materials are generally more effective at stopping high-energy radiation that can both damage the detector and contribute to background counts. However, the secondary radiation emitted by high-Z materials is still high enough in energy to cause background counts in the detector. Therefore, this is followed with a layer of low-Z material that may have failed to block the incident radiation but can absorb the secondary radiation. The low-Z material may then emit its own secondaries at an even lower energy, allowing for the stepping down in energy of any X-ray fluorescence until it will no longer produce a signal within the energy band of interest. However, it is important not to use too much shielding material, both for minimising launch costs and because thicker shielding can absorb radiation that would have passed through the detector without interacting and emit secondaries in the science band, actually increasing the background signal.  An optimisation is therefore required to minimise interactions between unwanted radiation and the detector.

The first stage of designing this shielding is to develop an understanding of the exact structure of the radiation-induced background that will affect images taken by the WFI. To do this the GEANT4 toolkit, originally developed for particle physics at CERN, is being used to simulate the effect of space-based radiation on ATHENA.  The CEI is validating the GEANT4 toolkit for the purposes of background simulations to ensure that the background simulated on the ground is as close as possible to that which will be observed in orbit.  Based on the results of these simulations, the CEI will then design and test models of the graded-Z shielding, designing them in such a way as to maximise its effectiveness, while taking into account engineering considerations for the spacecraft.