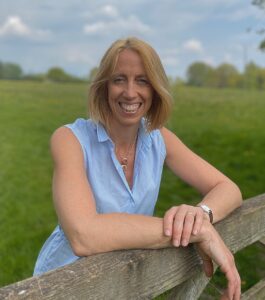 For those first, intense weeks of lockdown, I seemed to be out of step with the rest of the world. Everyone was telling Twitter how much time they had to walk through nature and take up knitting, to make TikTok videos and bake bread (if they could track down yeast). Frankly it sounded wonderful but it was not my experience. Quite the contrary, I was chained to my desk trying to write a novel in four weeks – the most intense working challenge of my life.

It started when my agent rang me out of the blue to say that my publisher had ‘had an idea’ and thought I might be the writer to bring it to fruition. Piatkus publish my historical novels as Joanna Courtney. These are works set in 1066 and earlier that take at least a year to research and write, but what they wanted from me now was a contemporary novel, a lockdown love story. Needless to say, we had to move fast.

I was perhaps not as bizarre choice as that makes it sound. Two years ago I’d started writing contemporary fiction as Anna Stuart for another publisher, Trapeze. Both books (Bonnie and Stan and Four Minutes to Save a Life) had done well so hopefully that was some quality assurance for them. More importantly they knew that I’m quite efficient when it comes to writing – though none of us were sure if ‘efficient’ would add up to a 70,000-word novel in four weeks.

This, I was told, was an ‘IP (Intellectual Property) Project’ in which the core idea for the novel had been invented by the publisher – to be precise a lovely editor called Hannah – and I was the ‘hired pen’ to bring it to life. It’s not like ghost writing as I was simply given a handful of characters and a plot outline with the rest very much mine to bring to life. However, because it was her idea the editor was very bought in and very, very helpful in how we put it together. That was to be invaluable in the intense weeks that followed.

I loved the basic concept and the characters seemed to come to life for me instantly so I fleshed out Hannah’s core plans and within a week we had signed a deal. It was hard to credit. Having spent years and years trying to land a novel contract, I felt as if I was suddenly being handed one on a plate – now all I had to do was write it. Simples! Except that my normally empty house was now filled with a husband working from home, two kids who should have been doing GCSEs and A-levels, and a 23-year-old stepson who’d had to flee his lovely job in the ski-bars of Whistler. It was a worry. I like a quiet house to write in and I certainly wasn’t going to get that.

As it turns out, however, the young folk quickly went nocturnal, leaving things pretty quiet until at least midday and with my husband working with China we were both at our desks by 7am – my most productive time anyway. Plus, to be fair to the kids, they stepped up and took on both the cooking (enthusiastically) and the cleaning (less so!), so all I had to do was shut myself in my little office and write. To be honest, I loved it.

The novel is called Just the Two of Us and is about a middle-aged couple whose kids have left home and who are on the brink of divorce when they find themselves locked down together. All that enforced time in the house pushes them to explore the things that have messed up what was once a wonderful marriage and to see if, perhaps, there’s a way back to happiness. It cuts between the current story and flashbacks to their long, shared past and was fun to write, if a little tricky in terms of timelines.

That, however, is where my editor came in. I provided the first 28,000 words in a week (it was a hell of a week!) and she was back to me two days later – that’s almost unprecedented in the publishing world! It was the same again once the first draft was done three weeks later. We chatted on the phone and over email and tinkered with second and third drafts and, miraculously, six weeks after I signed the contract, we sent Just the Two of Us to copy edit at 80,000 words. It was a whirlwind but fantastic fun and, most importantly, early reviews from NetGalley readers suggest that people are really enjoying it.

How did we do it? I’ve no idea! I’m a planner. I always have a full chapter-by-chapter synopsis of my novels, historical or contemporary, before I start so that I can hit the ground running and I think that helped here. I have no idea how people manage to just start writing without knowing where the novel is going, but everyone has to write the way that suits them best. It seems that for me that is in a manic, concentrated run.

Lessons learned? The biggie is that traditional publishing houses can be more mobile and responsive than they usually let on and I think that’s the way they’re going to have to go with digital-first publishers producing books so nimbly these days. For myself, it confirmed that I like working under pressure – and that I really like not doing housework!!

My agent did scare me the other day by saying ‘I know how fast you can write books now, so I expect at least three next year.’ In this, she will be disappointed. Just the Two of Us was a one-off, driven by the strange coronavirus circumstances we all found ourselves in. I may not have learned to knit, or made TikTok videos (to my kids’ relief) but I did write a lockdown love story.

One Response to Writing in Lockdown