From software tester to novelist, publisher and PhD candidate

Insurgent Press’s recent take over of the Barbican Library featured readings from Brian Kelly’s debut Murph – a novel about a virus that reveals everyone’s internet search histories, and a joke shop owner who finds himself swarmed with customers seeking disguises.

Here, Brian lets us into his own journey from dissatisfied company employee to founder of his own press, host of longstanding literary night, novelist and PhD student. And he tells us about the crucial role played by the OU along the way.

At twenty-three I left Dublin to become a rock star in London. The big smoke kicked my ass for a couple of years and when the band eventually broke up on a rainy night in Liverpool (pathetic fallacy right on cue), I was left working as a software tester with no real creative output. It was around the time of the financial crisis, and I remember the CFO calling us in for our quarterly report. He advised us that money rarely disappears from the market but rather changes hands. As people in the know, he claimed, we stand to make large gains. At home, Ireland was going through a terrible time, unemployment and immigration back with a vengeance. I left the office and walked along the Thames to Vauxhall where I was renting a room over a pub. I sat down on my sofa-bed and decided I needed to do something else with my life.

My girlfriend at the time (now my partner of sixteen years) had given me a wrecked old computer from her parents’ attic and I had a vague impulse to write. Maybe it was the position above the pub, listening to voices below in the beer garden, the weird atmosphere of that bit of Vauxhall where gas towers stand cheek-by-jowl with cricket grounds and twenty-four hour gay clubs. I wanted to put down some words and make sense of it all, but I had no idea how to go about it. 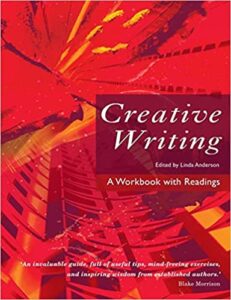 I remember the day I finally signed up for A215: Creative Writing and the little shot of adrenaline I felt. Would I have the discipline required to finish the course? How would it feel to have a proper writer reading my work?

Doing the daily writing exercises in my room every night, I came to a Colin Powell-esque realisation about all the things I didn’t even know I didn’t know. Step by step, the material demystified the various elements of the writer’s craft, and I was writing in unexpected and exciting ways. About halfway through the course, there was an exercise about eavesdropping on people’s discussions and using that to create characters. I was on a plane back to Dublin and a few rows ahead of me was a man from Roscommon giving out yards about something or other. The best material went in my notebook. 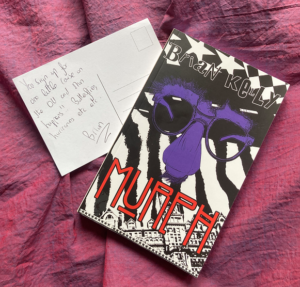 Back in London, I quit my job and was plotting a move to Korea to do a stint as an EFL teacher. While waiting for my visa to come through, I was spending my days in Stoke Newington Library reading and writing. My next OU assignment came up and the decrepit atmosphere of Stokey’s library merged with our man from Roscommon to create a short story about a psychedelic steam-of-consciousness librarian on the West Coast of Ireland. I remember feeling like I’d opened a door to a room I didn’t know existed. Could writing really be like this?

The guidance and encouragement from my tutor Emma Claire Sweeney egged me on. Moving to Seoul, I continued my writing and Emma started receiving pieces of work all the way from the Korean peninsula. I finished that first module and instantly signed up for the next, A363: Advanced Creative Writing. Life in Asia was fun, and I enjoyed teaching. The kids, the colleagues, the sense of purpose. I decided to pursue a BA in English at the OU.

I changed Seoul for Beijing but kept studying. Six years after starting my odyssey, I remember sitting my final exams in the British Embassy. The plan was to return to the UK to do a PGCE and start teaching in London, but the funding for third level had changed and unless I got a good degree from the OU my bursary was not going to cover my living costs. I studied like my life depended on it.  In the end I got the grades and returned to London where I started my career as an inner-city teacher in Camden Town.

But the OU was not done with me yet.  I had stayed in touch with my first tutor and when I mentioned being back in London, she encouraged me to apply for a novel writing course at City University. The people I met on that course were some of the most talented people I had ever met and became lifelong friends. The novel I wrote was a finalist in Penguin’s WriteNow competition and I continued on to do a Masters in Creative Writing, with the novel I finished winning an Irish Writers Centre award in 2022. 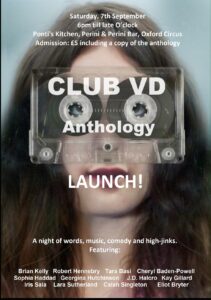 Along the way, I had met so many brilliant writers and wanted to create a space where we could all share work in progress and chew the cud. Club Verbal Discharge was born and has been running in the Perini & Perini bar, Oxford Circus on the first Friday every month for four years in a row. We publish an anthology each year and this in course led to the creation of The Insurgent Press. Our mighty little press has now published three anthologies, one collection of short stories by Tara Basi and my novel Murph. I sent a copy to my first OU mentor to say thanks, and on the card I wrote:

You sign up for one little OU course and looks what happens!! Butterflies, hurricanes etc. etc.

Born in Dublin, Brian Kelly now lives in London with his partner and daughter where he works as an English teacher. After graduating from the OU with a BA in English, Brian continued to write fiction. In 2019, he was a finalist in Penguin’s WriteNow competition. In 2021, he received a Masters in Creative Writing from City University. In 2022, he won the Irish Writer’s Centre Novel Fair prize. He runs the monthly spoken word night Verbal Discharge, which publishes its third anthology this spring. He also runs the Insurgent Press, which does tiny runs of strange books and generally tries to cause trouble.