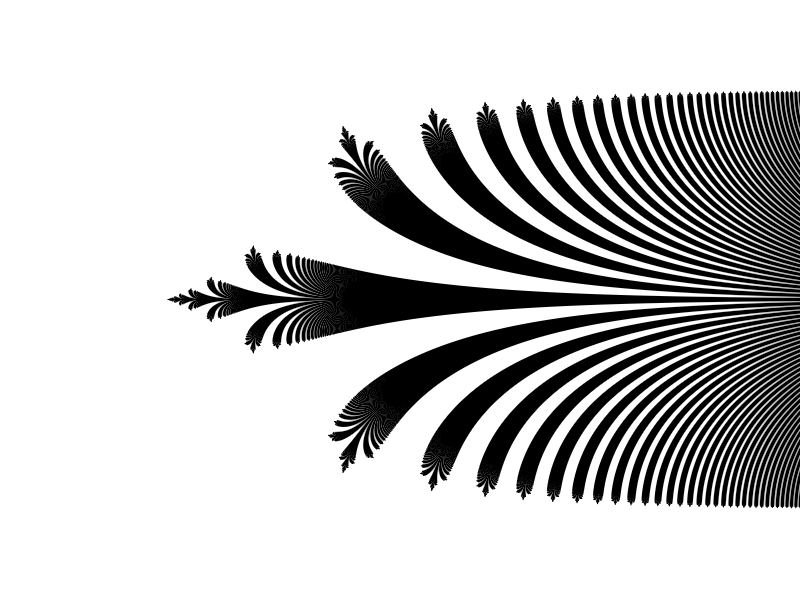 Complex dynamics concerns the iteration of analytic functions of one complex variable, an area of research established by Fatou and Julia towards the beginning of the last century. Such iteration arises, for example, when solving complex equations by Newton’s method. For each function, the complex plane is divided into two fundamentally different parts – the Fatou set, where the behaviour of the iterates is stable under local variation, and the Julia set, where it is chaotic. The subject of complex dynamics experienced a huge resurgence of interest in the 1980s, with the advent of computer graphics illustrating the highly intricate nature of most Julia sets, and the introduction of powerful new techniques from complex analysis leading to much profound new work.

Another key object of study is the escaping set which consists of the points that escape to infinity under iteration. This set plays a major role in complex dynamics since the Julia set is equal to the boundary of the escaping set.

One of the major open questions for transcendental functions is whether all the components of the escaping set are unbounded - this is now known as Eremenko's conjecture and has attracted a great deal of interest. Another question that has attracted much interest is whether functions of small growth have no unbounded components of the Fatou set - this is now known as Baker's conjecture.

Phil Rippon and Gwyneth Stallard discovered a surprising connection between these two conjectures and showed that, for a large class of functions, both Baker’s conjecture and Eremenko’s conjecture hold, with the escaping set having a novel structure described as an infinite spider's web. The picture shows the escaping set (in yellow) for the function \(f(z) = 1/2(\cos z^{\tfrac{1}{4}} + \cosh z^{\tfrac{1}{4}})\). 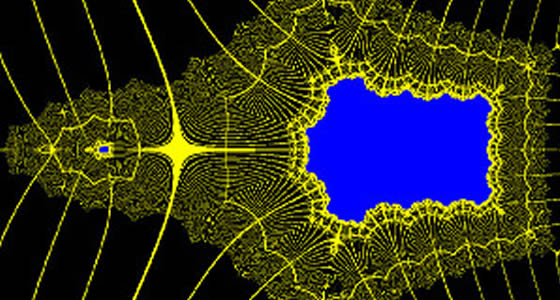