The Historical Representation of Women in Mathematics

The following are examples of the type of source being used in the study. 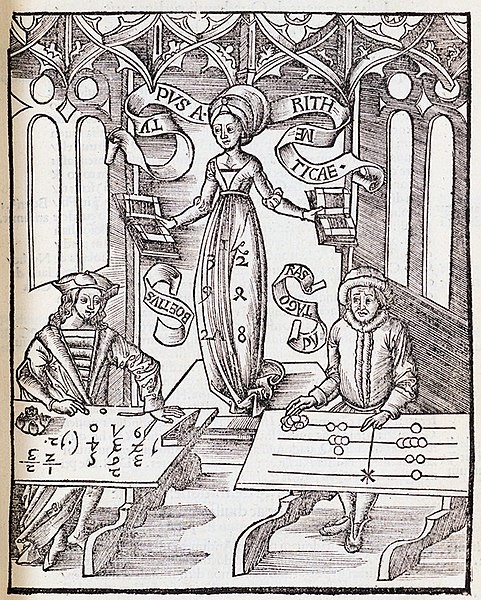 The four arts of the Quadrivium – Arithmetic, Geometry, Music, and Astronomy – are traditionally personified as women. In the woodcut, Arithmetic is presiding over a competition between Boethius, writing with Hindu-Arabic numerals, and Pythagoras reckoning with counters. 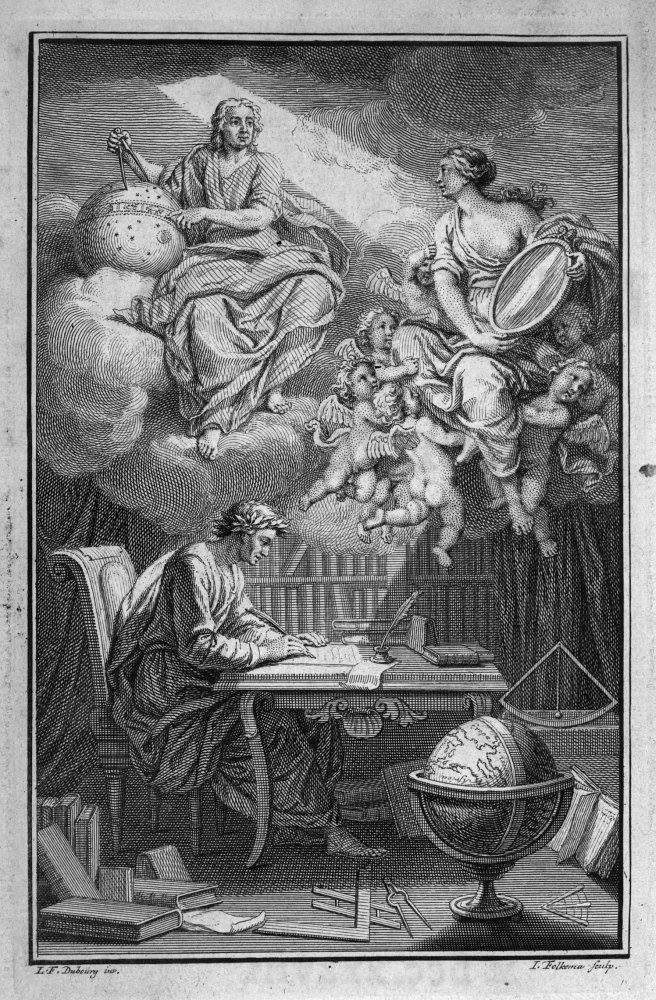 Voltaire’s text, an interpretation of the ideas in Newton’s Principia of 1687, blended physics and poetry in order to make Newton’s ideas accessible to the French public. In the engraving, Émilie du Châtelet is depicted as Voltaire’s muse reflecting Newton’s ideas down on to Voltaire. 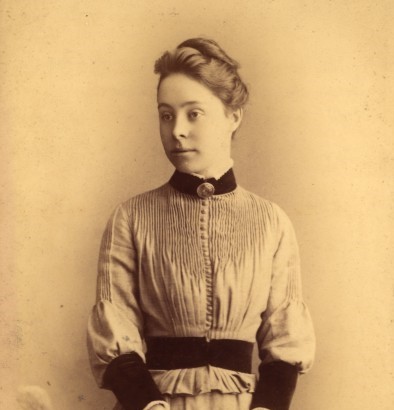 Exceptional interest will naturally be felt in the portrait of Miss Fawcett which we give upon this page. As an interesting fact it may be mentioned that the gown seen in the photograph was made entirely by Miss Fawcett, proving conclusively that it is quite possible to unite in one woman practical domestic virtues and the highest intellectual attainments. Every stitch in the pretty tucked bodice was worked by the clever fingers of the lady who is now virtually the Senior Wrangler for 1890.

An extract from a report in the Ladies Pictorial on the success of Philippa Fawcett in the Cambridge Mathematical Tripos of 1890 in which Fawcett scored more marks than the “Senior Wrangler” (the top male student).

Long before mastering the multiplication table Lady Habart had become convinced of her own abnormal cleverness. She was indeed excessively clever; she was one of those persons who can multiply by thirteen as easily as the common herd can by two; but a gift for mathematics is fatal to a woman, her skill in the manipulation of figures and her jugglery with accounts invariably land her in the Bankruptcy Court.

An extract from ‘Lady Habart’, a short story by Somerset Maugham.  The story was published in the satirical magazine Punch in 1900, and subsequently became the basis for Maugham’s play Lady Frederick (1907).

This research is carried out in the History of Mathematics Group by June Barrow-Green and Brigitte Stenhouse.