Arguably, it has been a longer, and more challenging, road to Tokyo 2020 than any other Olympic Games in recent times. So how were the athletes and their support teams, able to pick up themselves up following the disappointment of the cancelled games last year and prepare for the rescheduled event? In this article, Dr Nichola Kentzer considers resilience as a key factor in supporting this disrupted athletic journey.

Something of a buzz word in recent years – there have been many definitions of resilience presented but in simple terms resilience is:

“The ability to use personal qualities to withstand pressure.”

When discussing resilience in the sporting context the terms ‘stressor’ – referring to the demands placed on the athletes, such as in training and competition, and ‘adversity’ referring to a personal (such as bereavement) or professional (e.g., deselection) difficulty for an athlete, are often used. The ‘personal qualities’ associated with resilience highlighted in the above definition are thought to protect an athlete from the potential negative effects of stressors/adversities that they may face.

Furthermore, when considering the question posed in the first paragraph, research tells us that some athletes can develop positively and learn from adversity experienced. For example, Fletcher and Sarkar (2012), in a study of Olympic champions, reported that most of the athletes interviewed argued that had they not experienced certain stressors, and adversities, they would not have won their gold medals.

Perhaps one Olympic example that illustrates this effectively was Andy Murray’s ability to take the incredible disappointment of losing the Wimbledon final in 2012 and going on, just a few weeks later, to win Olympic gold in London 2012 against the same opponent, Roger Federer.

At the time, Andy reflected:

“I have had a lot of tough losses in my career and this is the best way to come back from the Wimbledon final.”

Andy had been able to pick himself back up, or rebound, from the disappointment of loss to cope with significant stressors during the Olympic competition and withstand the immense pressure of an Olympic final at Wimbledon in front of a home crowd.

A more recent example, from Day 4 of the rescheduled Tokyo 2020 Olympics Games, offers an illustration of the challenges faced by athletes on their journey to the delayed event. During his preparation for the Games, Team GB swimmer Tom Dean had significant disruptions caused by two bouts of COVID-19 with 6 weeks off from training and, upon return, he had to structure his training to prevent any long-term damage to his heart and lungs. Tom was able to overcome this unprecedented situation, and significant changes to his training programme, to win Olympic Gold in the 200m swimming freestyle.

But what is it about these athletes that allows them to bounce back, be resilient, and take positives from such adversity into future performances?

Personal qualities that support athletes to be resilient

The research on Olympic champions by Fletcher and Sarkar (2012) identified five psychological characteristics that athletes high in resilience possessed and that were integral to the athletes withstanding pressure.  The five characteristics were:

Athletes with these characteristics were able to positively evaluate a stressor (and their own thoughts about it) and perceive that they were able to cope with the demands placed on them, enabling optimum performance.

It could be argued, therefore, that Andy Murray was able to take confidence from his performance in the 2012 Wimbledon final, despite his loss, and saw this as an additional boost to his motivation to focus on the Olympics a few weeks later. It is likely that he perceived he had the support of those around him and that he had the ability to cope with the demands of the Olympic competition. Thus, allowing him to appraise the event positively as a challenge, and not a threat, and was able to withstand the pressure he faced.

When preparing an athlete such as Andy Murray for an Olympic competition, developing their ability to withstand pressure might seem a logical step. However, it is important to ensure that this is done in an environment that facilitates the development of resilience. When discussing the best environment for the development of resilience, leading resilience researcher Dr Mustafa Sarkar (2019) uses the analogy of a flower. If a flower is not blooming, we do not only look to the flower for a reason but to their environment and examine the volume of water, the quality of the soil, and the amount of sunlight available. This approach was advocated by UK Sport for their athletes and sought to create an environment:

“Providing equal levels of support and challenge while also being extra vigilant in caring about the well-being of athletes.”

In sport, the nature and level of challenges faced will change over time, with events such as the Olympics providing challenge at the highest level. Following UK Sport’s pledge, therefore, Olympic athletes would require a high level of support to ensure both their well-being and performance was facilitated, further developing their resilience.

So, as you watch the Olympic events – remember that this is just one event on the athlete’s journey, as the Wimbledon final in 2012 was to Andy Murray.  You might see an athlete topping a podium as a result of previously experienced adversities, or you might witness a disappointment, an adverse event that could enable an athlete to go on to seek future challenges in a more positive and resilient manner. But as highlighted, it is crucial that the appropriate support is made available to all athletes regardless of their result to enable them to evaluate and reflect positively and take learning forward into their next challenge.

This article was originally posted on OpenLearn. 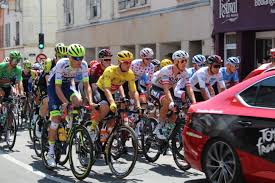 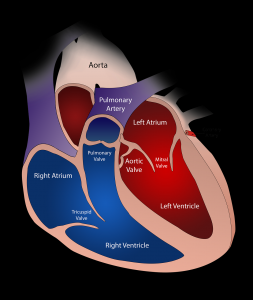 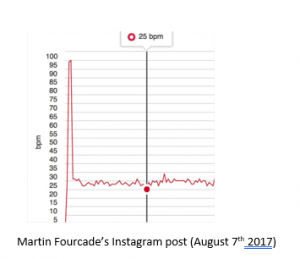