This blog was written as part of a collaborative teamwork task by students studying E119. They had to select a topic and then decide on what roles each person would perform in the team, such as researcher, writer, editor, and leader. This blog was chosen as one of the best blogs from around 70 blogs that were produced.

In 2018, the Telegraph (Ellis, 2018) documented that women’s rugby is soaring in popularity. Almost 30,000 women and girls play rugby at club level, double the amount seen 4 years prior, with women now making up a quarter of players globally.

Increasing popularity brings in revenue, allowing governing bodies to provide additional funding into various aspects of the game, including research. With the higher revenue, research into the men’s game could be considered ‘the norm’, but more researchers are now looking into the women’s game and its positives and negatives – with concussions being one of the negatives.

What is a concussion and what is the research saying?

Physical differences between men and women seem to have an impact on the likelihood of concussions occurring. It is well documented that males are generally physically stronger than females. This point is echoed by Rugbypass’ Jess Hayden (2020), who states that although lower body strength between men and women is quite comparable, male rugby player’s upper body strength can typically be observed as three or four times greater than female players. This includes neck strength, which is a defining factor in concussions.

A concussion is a brain injury occurring when the brain moves rapidly within the skull usually due to a blow to the head or body.

Research suggests (Neuro-Optometric Rehabilitation Association™ & PINK Concussions, n.d.) that concussions affect women and men differently, with women not only being at a higher risk of sport-related concussions, but also increased severity of symptoms as a result of concussion.

Male and female brains differ both anatomically and chemically with female brains containing more delicate axons, a thin ‘cable’ that allows electrical impulses to pass from one neuron to others (The University of Queensland Australia, 2021). Lasting damage to neurons from concussion can lead to multiple issues, such as dizziness, vertigo, slower processing, memory loss, difficulty driving, focusing, and reading. Due to their axons being more delicate, females are more likely to damage these neuron connectors than males. This is one biological aspect that differentiates how each gender’s brains are affected by concussions.

Is neck strengthening the answer?

With biological and chemical differences altering concussions short- and long-term symptoms, is there any way women can help prevent concussion occurring?

Elaborating on Dr Elisabeth Williams’ (cited in Hayden, 2020) earlier point, she believes that there is a disparity in neck strength between men and women, stating that neck strength is “unfathomably low compared to men” resulting in women having less control over their heads during contact. This is one reason why the whiplash motion is so prominent in women’s rugby. According to Dr Williams (cited in Hayden, 2020), women naturally have less muscles and soft tissue in their necks than men. Whiplash initiated by head to ground or head to knee contact causes the brain to violently bounce around inside the skull.

More control over the head during contact can limit the whiplash motion reducing the probability of concussions occurring. Jess Hayden states that a senior player in the England Women’s Team informed her that they have been practising neck exercises to increase stability since 2014. This training has also been implemented by clubs in the Allianz Premier 15s.

Dr Williams (cited in Hayden, 2020) believes neck strength needs to be a necessary part of women’s rugby training. With women’s rugby still developing and becoming more popular, many women do not start playing rugby until they reach university. Due to a lack of clubs at lower levels compared to the men’s game, Dr Williams (cited in Hayden, 2020) says that women grow up playing netball or football, even giving up sport, believing there is “nothing for them”. This means adult women often did not have the same opportunity to develop their skills over the years as men, including body positioning during contact. This could also play a part in the whiplash motion of the head, without the developed instinct to safely take contact and land.

For now, concussions pose a serious threat to female rugby players. However, the increasing popularity of women’s rugby will provide additional funding, allowing more research to be carried out on female players such as that being done by Dr Elisabeth Williams (cited in Hayden, 2020). Hopefully more research like hers will highlight areas of concern and make the game safer for all participants, especially since women tend to be more adversely affected by concussions. Also, with the growing popularity of the women’s game, there is potential for additional grassroots clubs to be founded. As a result, women will be able to develop essential awareness skills at a younger age where impacts are less forceful.

Concussion Foundation (n.d.) What is a Concussion? [Online]. Available at https://concussionfoundation.org/concussion-resources/what-is-concussion (Accessed 24 January 2022). 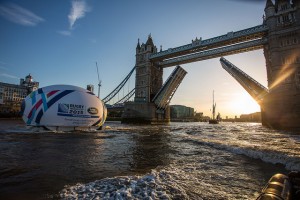