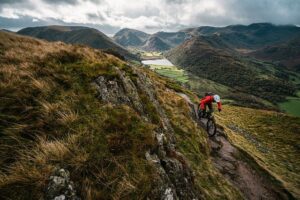 In extreme environments there are many things that can cause stress for people operating and performing in them. These stressors, such as isolation, danger, and risk (Smith & Barrett, 2019), would be the same for everyone at that given time but it is how an individual perceives and digests these stressors that is important to their overall experience. Indeed, extreme environments are complex, and the array of demands and stressors can give a perceived lack of control to people within them (Leach, 2016).

Why is it important to study resilience in extreme environments?

Psychological resilience has been described as the ability to use personal qualities to withstand pressure and maintain functioning (Fletcher & Sarkar, 2016), and there are two key components; a stressor (or adversity) and a subsequent positive adaptation (changes of a positive nature). This sounds simple enough, but it is important to remember that people are affected differently in the same environment at varying intensities and for different durations. This means resilience, like extreme environments, is complex, and can be influenced by factors such as your past experiences. For example, the past experiences you have had in the extreme environment as well as the personal qualities you have, such as motivation and confidence can help you to respond positively to the given demands of the situation. 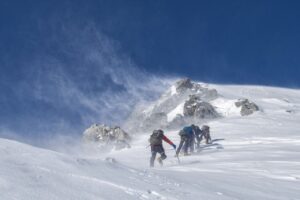 However, if a cluster effect (where many different stressors come together) occurs in a particular order, intensity or timeframe you might struggle regardless of the amount of experience you have or personal qualities at your disposal. For example, you might be able to deal with a rainstorm for a short time but if it persisted, and the sky went dark and you had no shelter you might be less able to function. Resilience is a process that helps individuals deal with this complexity and there are also numerous anecdotal accounts of the importance of resilience within these environments.

In this research we observed that these demands and stressors can group together in a cluster effect. This is where the grouping of stressors within the environment can potentially have a greater negative effect on performance as opposed to if individuals were exposed to individual stressors (Smith & Barrett, 2019), and there is the potential to for stressors to cascade over time. People operating in an extreme environment have to deal with specific clusters of stressors before moving on to deal with the next set of stressors and this can take time. But time is not always a luxury afforded in these environments. For example, you might be out on the mountain for 15 hours before returning to basecamp tired with wet and dirty kit but you are back out on the mountain in a couple of hours. You would literally have no time to deal with these stressors before facing the next day’s stressors as seen in my resear 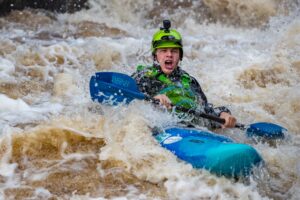 Also, people will identify different environments as extreme at different times. This is due to how they perceive their skills, qualities and support needed to perform within them so any environment that pushes an individual outside of their comfort zone can be considered extreme (Galli and Vealey, 2008). A 5km Parkrun might be considered an extreme environment for some but not for an experienced runner.  Therefore, people operating in extreme environments need to get experience of these stressors – to lessen the impact of them individually and within a cluster. These stressors are still present and in certain situations will still have (sometimes a major) effect but experience provides opportunity to learn what skills and qualities are needed first to maintain function and then for positive adaptation to potentially occur. 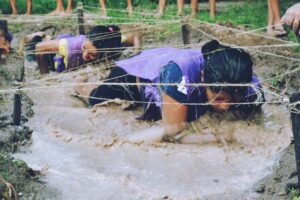 Increasing the time spent and getting the right experience in an extreme environment allows you to evaluate the risk associated with these stressors and links to something called a challenge mindset. A challenge mindset is the ability to see situations as a challenge and it is important that this is adopted and then maintained within an extreme environment to buffer against the potential negative effect of the cluster effect of stressors and allow individuals to function. This mindset allows individuals to focus on stressors as a challenge and not threatening. This is done by increasing their awareness of specific stressors, their importance and the potential consequences of not attending to them. Increasing your experience allows you to slowly build up exposure to stressors in the extreme environment and works to slowly inoculate you to the potential negative effect of stressors. So, you could consider your current situation is not as ‘bad’ as previously experienced and more of a challenge that needs to be overcome to be successful. For example, this current storm isn’t as bad as previous storms I have experienced, and I made good progress then and I can now.

What can we take from this? 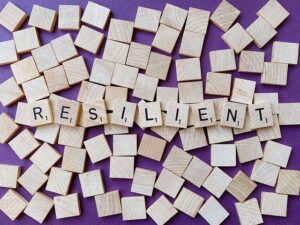 Dave Harrison is an AL on the OU S&F modules E235 and E313. He also works at Sheffield Hallam University as a Lecturer in Sport Coaching and is currently undertaking a part time PhD on Psychological Resilience in Extreme Environments at Nottingham Trent University. You can find him on Twitter: @sheffclaret