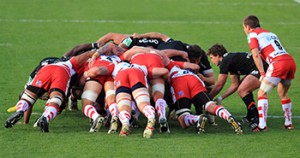 We are seeking an enthusiastic Lecturer to join our vibrant team of nine academic staff involved in writing online/print materials, overseeing teaching activities and engaging in research/scholarship that connects with our growing BSc (Hons) in Sport, Fitness and Coaching. You will have good knowledge of a range of sport and exercise related topics and be willing to work collaboratively with colleagues to develop high quality distance learning materials for students and for wider public engagement.

You will join a team which has developed an innovative approach to Sport and Fitness education based on our expertise in distance education, and will contribute to the maintenance of our existing curriculum and potential new curriculum developments (e.g. new modules, Masters degree, higher/degree level Apprenticeship).

You must have a higher degree or equivalent professional knowledge in Sport and Fitness or a related field and a good understanding of approaches to studying this topic. You will have an understanding of distance learning; an ability to write clearly and cogently for a diverse student audience and have some experience of teaching in higher education.

Information about Sport and Fitness qualifications at The Open University

Information about the Sport and Fitness team at The Open University 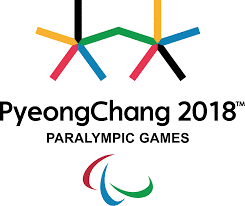 Just as the dust has started to settle on the most successful Winter Olympics to date for Great Britain a new team of superstars have landed in PyeongChang.  Today sees the start of the Paralympics which run from 9 to 18 March 2018. With 80 medals up for grabs in six Paralympic sports the next 10 days promise to excite, amaze, and inspire the next generation of Para-athletes.

A reminder: where is Pyeongchang?

Pyeongchang is located in the Taebaek Mountains of South Korea, approximately 180km east of the capital city Seoul. Pyeongchang will be the third Asian city to host the Winter Games; the first two were in Japan, at Sapporo (1972) and Nagano (1998).  Events are taking place at two main locations Alpensia Resort and Gangneug Olympic park with several other standalone venues for the snow based sports.

What events are there?

There are six winter Paralympic sports:

This is the first time that snowboarding has been added as a separate discipline and will include banked slalom and board cross.

Can Team GB win any medals?

In short yes, Team GB are sending their biggest team since 2006 comprising of 17 athletes across 5 of the 8 disciplines (Alpine skiing, biathlon, cross-country skiing, snowboarding and wheelchair curling).

The biggest medal prospect has to be Millie Knight, having lost her sight at aged six she became the youngest person ever to compete for Team GB at the Winter Paralympic games in Sochi at only 15 years old.  Roll forward 4 years and she is coming into the Pyeongchang games having won a gold and two silver’s at the 2017 World Para Alpine Skiing Championships in Italy.  Let’s see if she and her guide Brett Wild can improve on her 5th place she got at Sochi.

With snowboarding featuring for the first time as its own discipline the trio of GB Paralympic snowboarders are a group to watch. Flag bearer Owen Pick lost his leg following an explosion in Afghanistan in 2010 and saw snowboarding on the television during his rehab.  In the 2017 World Championships Pick won silver in the banked slalom and he is hoping for a double at this year’s games where he will also compete in the snowboard cross event.

2 years ago Scott Meenagh hadn’t put on a pair of cross country skis but he surprised the winter sport’s world and has qualified in six events over two disciplines of cross-country and biathlon.

The Canadian cross-country specialist Brian McKeever has 10 Winter Paralympic gold medals to his name already and while he may not be able to surpass the success of Germany’s Gert Schonfelder’s who currently has 16 medals he could get a step closer in Pyeongchang.

French alpine skier Marie Bochet competed in 4 events in Sochi 2014 and won them all, in Pyeongchang she aims to go one better and is competing in five events saying ‘I want to win … all the time’

Home advantage may not be something regularly associated with winter sports but Korea are hoping it helps them in their quest for their first ever winter Paralympic gold. A medal is a possibility potentially from alpine skier Jae Rim Yang.

So for now sit back and watch round 2 of the entertainment on the snow and ice.

At the age of 88 years old, “Sir Roger Bannister, died peacefully in Oxford on 3 March 2018” his family said he was “surrounded by his family who were as loved by him, as he was loved by them”. He was best known in sport for breaking the four minute mile barrier (3mins, 59.4s) on 6 May 1954, nearly 60 years ago.

Something that he worked relentlessly to achieve remembering that, “I felt suddenly and gloriously free of the burden of athletic ambition that I had been carrying for years” (The First Four Minutes). He held the record for 46 days when John Landy, Bannister’s rival, ran a mile in 3mins, 57.9s in Finland on 21 June 1954. Indeed, breaking the four minute mile barrier was a giant sporting achievement particularly in light of the lack of training techniques, research and technology that currently exists today.

For many, however, “Life after sport can be a challenging time, but it needn’t be. It’s a wonderful opportunity for reinvention.” (Richard Branson). Ending a career in sport can be a particularly challenging transition which can have cognitive, emotional and behavioural effects on individuals (Taylor and Ogilvie, 1994).  Many athletes struggle with life after sport particularly those who are ‘performance’ focused with a strong athletic identity whereas athletes more focused on ‘discovery’ tend to discuss life after sport more positively (Douglas and Carless, 2015). The transition from sport to life after sport can be even more disruptive if it was not planned (e.g. a career ending injury) (Allen-Collinson and Hockey, 2007). Regardless, if not supported, the dramatic transition can elicit stressful reactions and difficulty adjusting emotionally (Lavallee, Gordon & Grove, 1997).

Athletic careers have a short shelf life with athletes ordinarily retiring before their mid-late thirties, but Sir Roger was able to put his great sporting achievements in perspective and set his sights on other meaningful purposes enabling him to live a full life enriched by family and medical breakthroughs.

The irony of Sir Roger Bannister being diagnosed with Parkinson’s, a medical field he had worked a lifetime in, is not lost on me. My Grandfather was diagnosed with bowel cancer after his wife, Joan Bebbington, had dedicated so much of her life working for Mr Douglas Macmillan (now known as Macmillan cancer). Similarly, another sporting legend, Muhammad Ali, also developed the degenerative brain disease Parkinson’s and died in 2016 at the age of 74 years.

Sir Roger may have argued, as a neuroscientist, that the brain is the most critical organ but the loss of a loved one will be felt most critically in all our hearts.